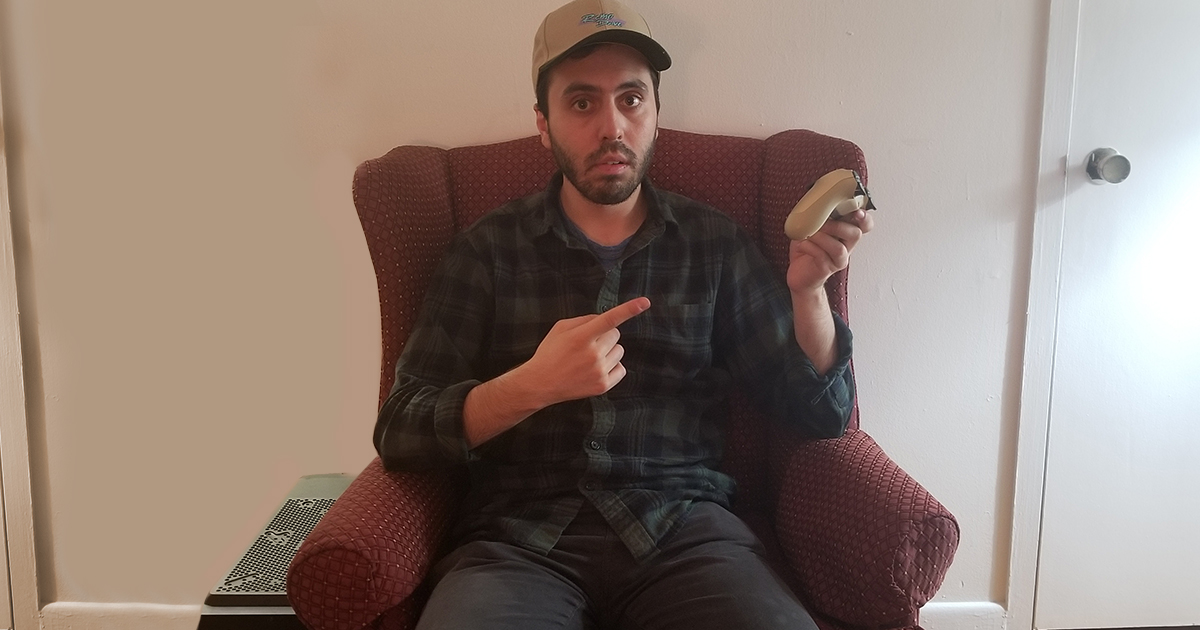 ASTORIA, N.Y. — Despite a litany of other explanations for his subpar performance across several local multiplayer games, local Xbox player Jonathan Haff has been making a whole performance out of adjusting to his friend’s PS4 controller.

“Oh riiiiight, I’m such an idiot — the X button is on the bottom,” said Haff between deep sighs and extended lip bubbles to no one in particular about why he was getting absolutely reamed. “Am I crazy for thinking the left joystick is like, oddly low? I don’t know man, it just doesn’t feel as natural. Like, objectively, it doesn’t fit right with the shape of my hands. Does that make sense?”

The other attendees that evening took notice of Haff’s frequent, audible protestations.

“We’ve been crushing him in Modern Warfare and he keeps insisting it’s because the DualShock 4 is ‘super different’ from the Xbox One controller,” said Misty Richardson, the host of the party who plays both consoles interchangeably. “I mean, it basically has the same shape and layout as most console controllers from this century, but go off! Seriously, ‘go off’ the controller Jonathan, you lost the last round.”

Haff, who also complained that he was thrown off because Richardson’s television display settings were “seriously oversaturated,” became particularly vocal about the superficial differences between the controllers immediately after losing a match or winning by a lower margin than he anticipated.

Upon getting killed for the third consecutive time in less than a minute, Haff exclaimed, “What? But I threw a grenade! Ah, I see — that’s actually the right trigger on my remapped Xbox Elite controller. What’s that button called on PS4 again? R2? So weird! Oh shit I died again.”

At press time, Haff had left the party and was seen struggling with his MetroCard, complaining that New York’s public transit system was “way less intuitive” than that of his hometown of San Francisco.