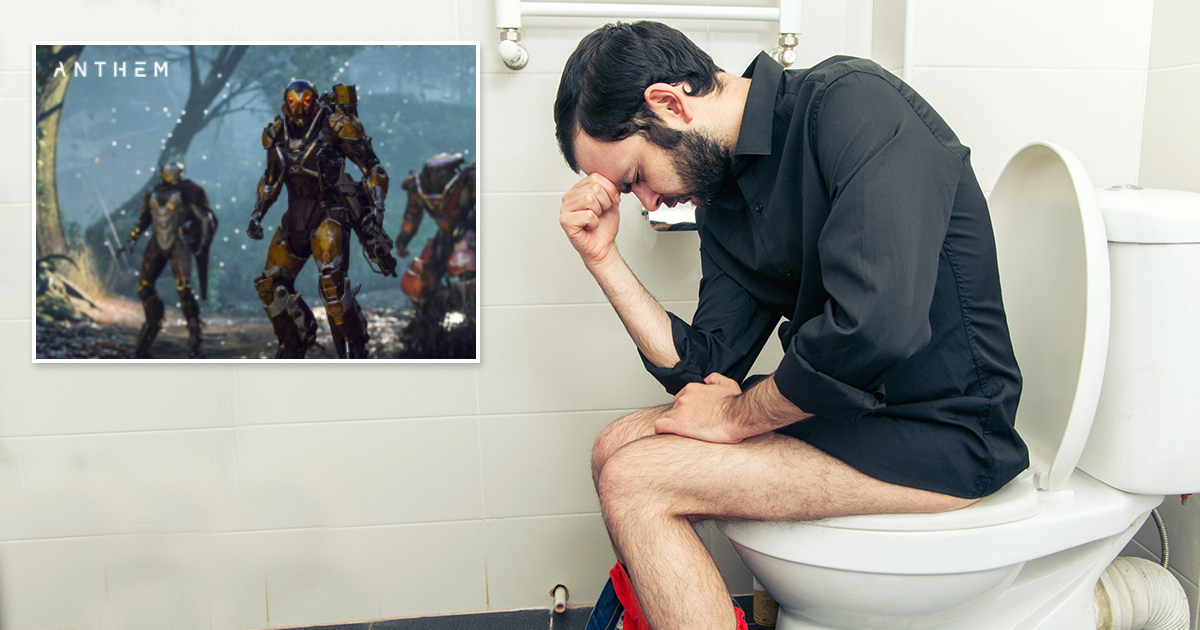 “I’ve been eating horribly the last few days,” said Corrigan. “And I was talking to my brother about how this dump of mine was going to be a huge turd, very long in the making, before I got off the phone and did the thing. Then when I’m in there taking care of business, I opened Facebook up, and every single ad was for Anthem all of the sudden. Where the hell did that come from? I’ve never gotten a single one of those before and now they won’t go away.”

Representatives from Facebook have denied that there would be any connection between a proliferation of ads for EA’s abysmally received looter shooter and discussion of an imminent bowel movement, for several reasons.

“First of all, we are not using your conversations to advertise things you talk about right back to you. That is merely a remarkable coincidence that every person that uses our website has experienced,” said Mark Zuckerberg, following his most recent appearance before the U.S. Congress regarding Facebook’s ongoing data security issues. “And even so, why would a guy talking about a legendary, once in a lifetime pile of shit have something to do with this video game? I really do not understand this accusation leveled against Facebook and me, Mark Zuckerberg.”

When reached for comment, representatives from Electronic Arts were thrilled that anyone was talking about Anthem in 2020 and promised that big changes were coming to their shitty game later this year.