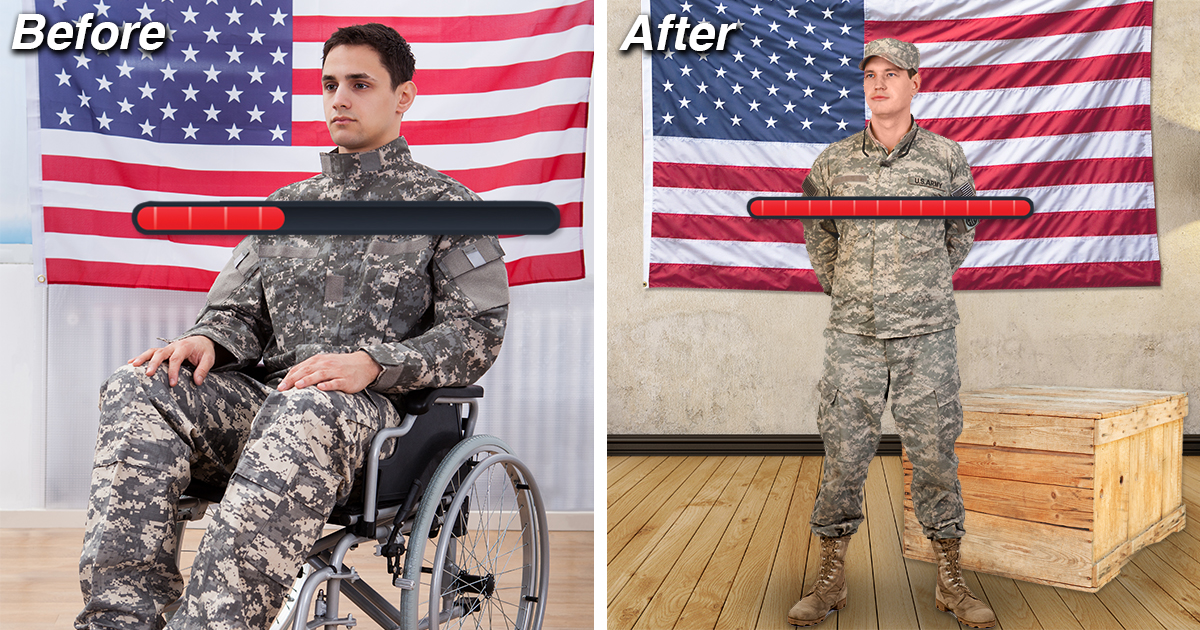 WASHINGTON — The Department of Veteran Affairs revealed a catch-all cure for combat veterans that simply requires them to hide behind a box for five seconds while their health rapidly increases, according to a stunning new announcement.

“In my decades of working with veterans, this is by far our greatest breakthrough in taking care of our soldiers when they come home,” said VA spokesman Alan Biging. “Caring for veterans used to be so difficult but now we can just shut down the VA and send crates to all our Wounded Warriors.”

According to sources close to the doctors, the initial breakthrough was an accidental miracle.

“One minute this quadriplegic Sergeant Miller was leaning behind a storage box after a physical rehabilitation session, and the next he leaped over it like a banshee,” said Doctor Norm Kersten. “I am not sure what the science behind that is, but you can’t deny it is really convenient and user friendly.”

Along with the confusion from the VA doctors, researchers all around the planet are puzzled over exactly how the healing system works.

“Our theory is either there is some sort of subconscious box-human relationship that operates on a level we simply cannot measure or that God just got lazy designing existence and threw in this nonsensical concept at the last minute,” said scientist Sarah Navarro in a statement with the press. “It’s really 50/50 at this point.”

The veterans, however, have raved about the effect ever since the treatment was rolled out.

“The power of the box is incredible. We kept testing it to see how far it we could push it. I shot my buddy Dave like ten times but all it took was five seconds behind the box and it was like nothing happened,” said Private Donny Andersen.

Unfortunately, the power of the crates seems limited to people holding a weapon as it refused to heal numerous terminally ill children presented to it—further puzzling scientists.