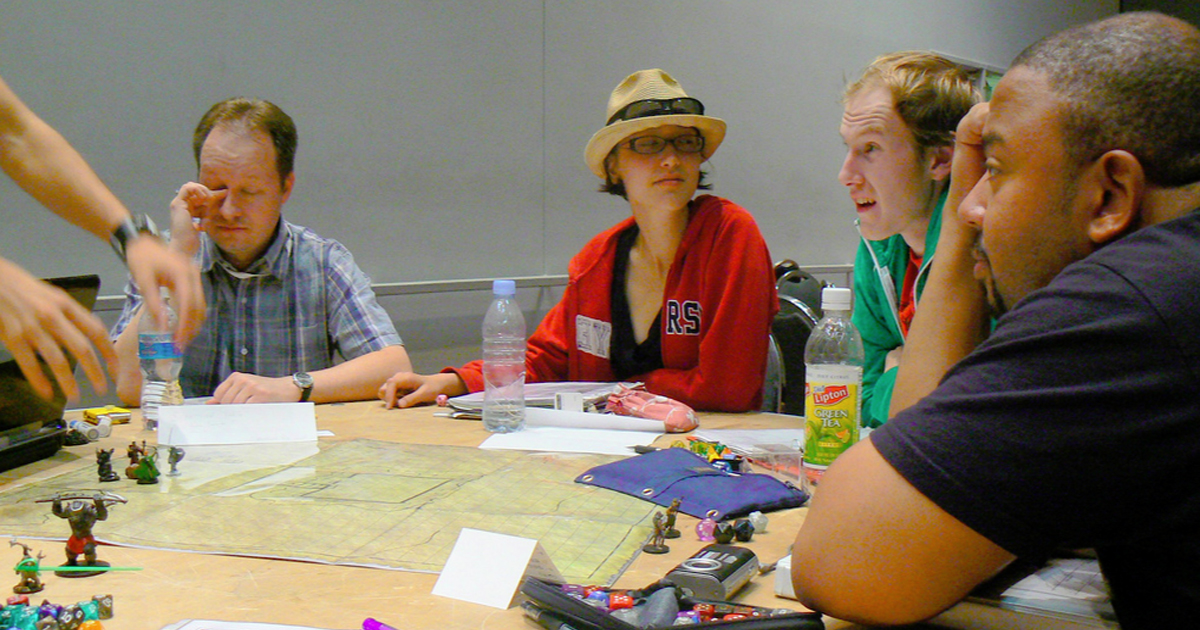 SAN DIEGO — Sarah Rodriguez attended her weekly D&D meetup today where she roleplays as a human rogue woman named Sarah Rodriguez who doesn’t find the behavior of the rest of the group sexist.

“Sarah” is a character Rodriguez has been developing since she first met group member Chad Anderson, back in college, who promptly told her she “wasn’t like other girls,” and invited her to play D&D with his other male friends.

“At this point, I’ve gotten really invested in the character,” Rodriguez told reporters. “I remember when I first met Eric Pearson and he started the night by explaining how campaigns needing to be ‘grounded in logic’ and that’s why ‘a female DM just wouldn’t make sense.’ I wanted to say something but I was like, no, I’ve spent too long in this role to break character now.”

“This is what separates the good roleplayers from the greats,” she explained. “D&D is all about overcoming challenges in character, and I know the ins and outs of Sarah, who, for example, doesn’t mind any of the weird female voices our DM gives to characters.”

However, Rodriguez still hasn’t gotten over the DM accepting Ryan Caldwell’s idea that adjacent allies should get increased attack advantage despite the fact the she made the same suggestion thirty minutes earlier. When Rodriguez spoke up about this, the group accused her of being “bossy and overbearing” and “making things all about [her] again.”

Despite difficulties, Rodriguez does not let these attacks influence her game.

“My best stat has to be constitution. If I get asked if I’m ‘on my period or something,’ you won’t see me react at all. Am I uncomfortable? Of course! But you’d never notice, perfect composure every time,” Rodriguez said with pride.“I’m taking damage just about every turn over this, but I mean that’s just part of the game. Sometimes I stand up for myself but it lowers my charisma so it’s like, is that worth the tradeoff?”

“That kind of strategic thinking is what makes Dungeons and Dragons so fun,” Rodriguez said in a way that made it sound more like a question than a statement.

At press time, Rodriguez rolled natural 20s against multiple flirtation attempts from other players in the group, stopping them dead in their tracks.