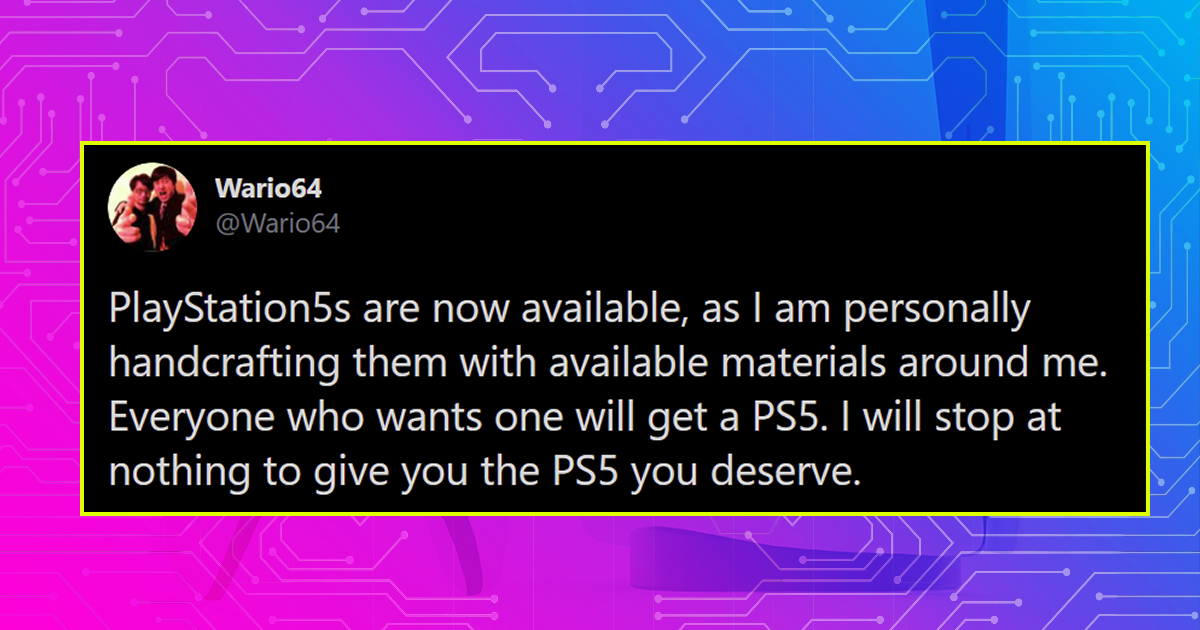 SAN FRANCISCO — Amidst the growing need for production of more PlayStation 5’s, popular game deals purveyor Wario64 has taken matters into his own hands by just making his own from scratch to help fans find a copy.

“I knew it would be difficult for all of my followers to snag their own PS5, so I took matters into my own hands,” explained Wario64, who read up on how to build the console online. “The small space of my living room has proven to be a bit of a challenge, though, as the trapped heat in the room melted down some of the early prototypes. Luckily, production is now up and running, and the consoles should be available later today. I will stop at nothing to make sure people get their PS5s.”

According to those familiar with the situation, the PlayStations have not been entirely perfect.

“We couldn’t get 4k to work. Oh, and also, it doesn’t really have that many games on it, except for Spider-Man: Miles Morales, but I can get that on the PS4,” said fan Mark Flynn. “I guess that’s why you should never buy launch consoles, though. Specifically launch consoles built by a guy on Twitter who does not work for Sony. Come to think of it, I’m surprised it even turns on at all.”

Early today, PlayStation CEO Jim Ryan publicly threatened Wario64, saying there will be “hell to pay” and that he will “go to the furthest extent of the law to punish Mr. Wario.” As of press time, however, Wario64 fanned flames further by tweeting about a “discount Phil Spencer” alongside a photo of Jim Ryan.