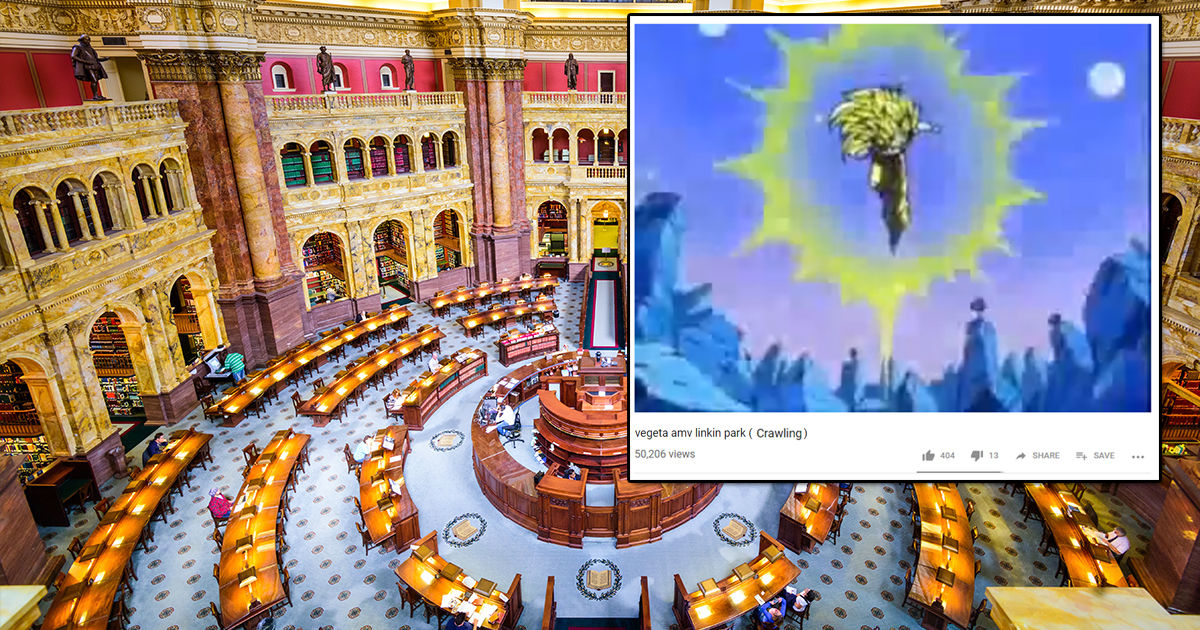 WASHINGTON — The Library of Congress announced today that the influential anime music video Vegeta amv Linkin park – CRAWLING will be inducted into the National Film Registry.

This marks the first time the National Film Registry, which selects up to 25 culturally significant films each year for preservation, has chosen an anime music video (AMV) for inclusion.

“Just like jazz and modern dance, the anime music video is a uniquely American art form,” said Librarian of Congress Carla Hayden. “The Library of Congress is proud to finally recognize this important medium with Vegeta amv’s inclusion into the National Film Registry.”

Vegeta amv Linkin park – CRAWLING has been a staple of the AMV scene since it was first uploaded to AnimeMusicVideos.org in 2003 by anonymous user invaderVash, inspiring countless tributes and imitators. However, while many fans of the influential video were excited to hear this announcement, it has sparked controversy within the AMV community, with some decrying the piece as a low-quality work that represents the worst of the medium.

“The Library of Congress’s decision is an insult to good taste and to our community’s history,” said experienced AMV critic KaraiPantsu19. “Vegeta amv Linkin park – CRAWLING may be the most well-known AMV, but it’s far from the best. America could have highlighted a truly masterful work like Naruto and Sasuke//Walk of Life (Buds4Ever) or Thong Song X Hamtaro, but instead it chose this puerile swill to please the masses.”

Despite the contention, the Library of Congress hopes AMV fans will appreciate its preservation efforts. In a press release announcing the decision, the library revealed that a restored version of the AMV is now publicly available to stream on the National Film Registry website in fully remastered 240p quality.