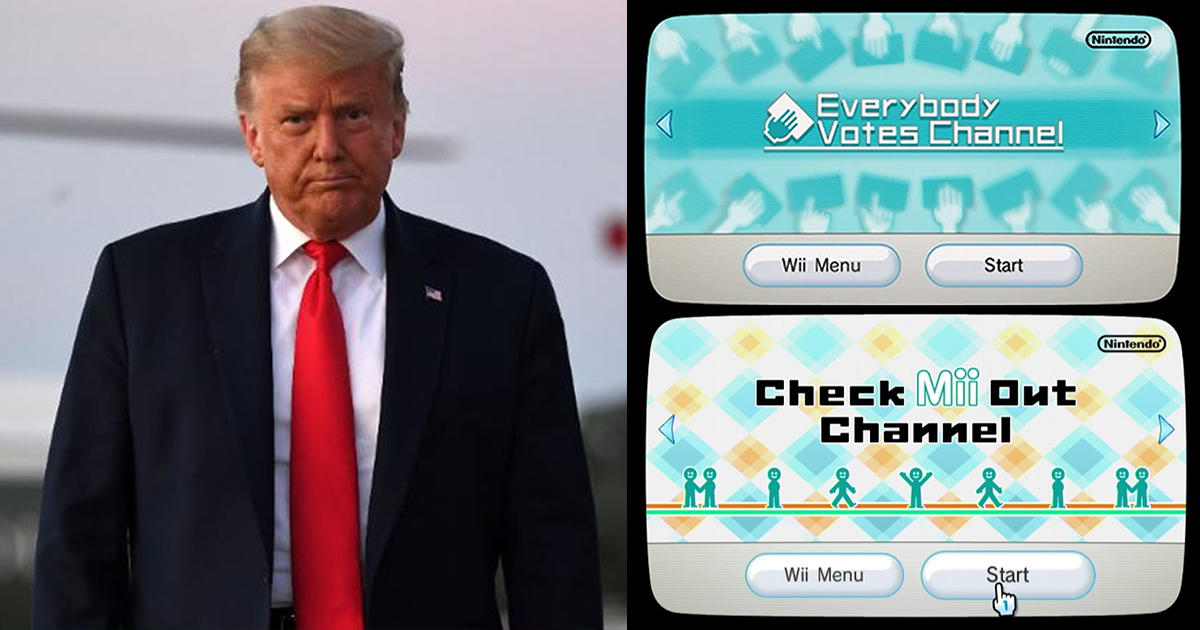 WASHINGTON D.C. — President Donald Trump is facing criticism from Democratic leaders after announcing plans to divert funding from the Nintendo Wii’s Everybody Votes channel to Check Mii Out just weeks before the election.

“Everybody Votes? Let me tell you, it’s a sham, believe me,” Trump told reporters outside the White House. “It doesn’t work and the people, they don’t even want it, okay? So I said, enough with the voting, let’s put the money into what the people want. And they tell me, what they want is to see more of my Miis. The people, they love my Miis, can’t get enough.”

According to White House aides, Trump considers the Everybody Votes channel “totally rigged” and intends to throw it out entirely. He hopes to permanently replace the voting app with Check Mii Out, which gives Wii owners the option to click a big “I like it!” button to show approval for his Mii.

“Look, the channel is a hot bed for voter fraud,” said Senator Lindsey Graham. “I’ve heard stories of people registering their deceased family members’ Miis so they can vote up to six times. We can’t ensure that critical decisions like “What’s the best condiment?” are decided fairly unless we take away people’s right to vote. That’s the cornerstone of democracy.”

Detractors criticized the funding move, calling it a vanity project for the President. Several house Democrats have grown concerned that it opens the door for Trump to enact more radical measures like resurrecting Miitomo.

“This President has once again shown a blatant disregard for Americans,” said Speaker of the House Nancy Pelosi. “This is the same President who defunded the Wii Weather channel, because it showed the country was experiencing unusually warm temperatures. If he gets his way, he’ll come for the News channel next.”

Undeterred by criticism, Trump celebrated with his first public Mii Parade, featuring Trump’s avatar matching alongside a sea of Adolf Hitler Miis, which he claimed to know nothing about.