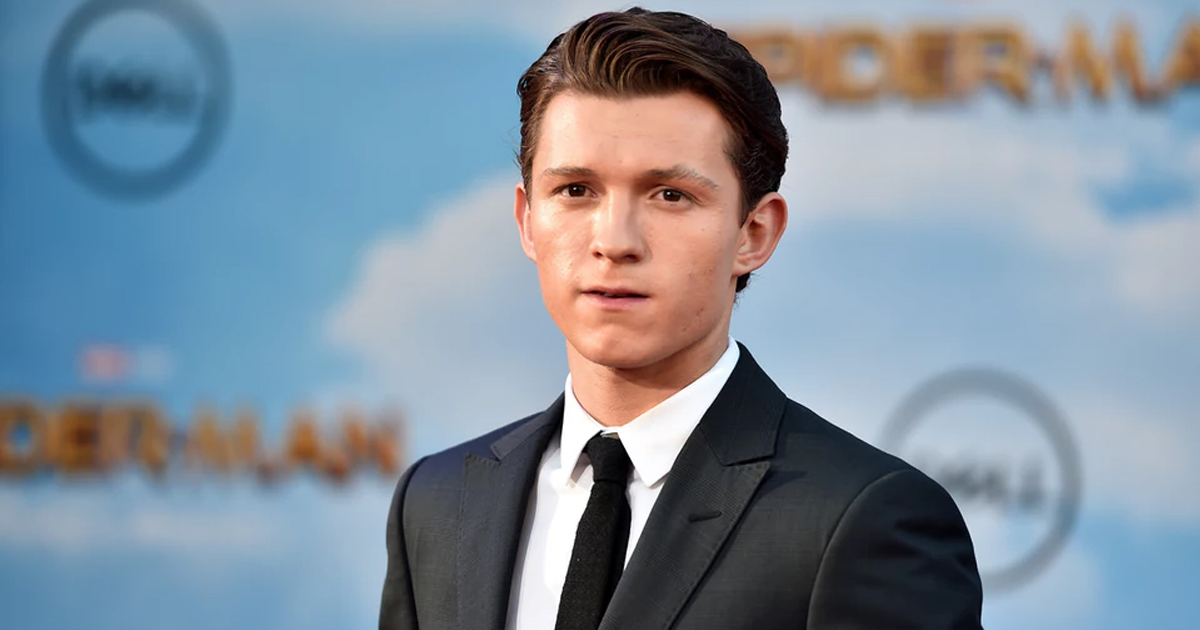 The video featured Holland walking his dog, Tess, and talking briefly about his experience with working at Marvel Studios. Holland shared the information on Downey Jr’s death almost immediately after the video starts.

“The new Avengers is gonna be real exciting. Especially since, y’know, it’s RDJ’s last movie before he dies on November 8 in 2019,” Holland said in the video, ending with a shocked expression and saying, “Oh shit, oh shit, forget I said that. Forget I said anything, get back here Tess!”

Within minutes, Downey Jr commented on the video saying “Tom, is this true? Tom???” Over several minutes, the Iron Man actor repeatedly responded to the video with questions such as, “Who told you this?” and “I can’t have that little time left, can I?” Holland simply replied “I dunno what to tell you, RDJ! 🐶”

The video was taken down after a few hours, but Downey Jr has since tweeted out at Holland on his official Twitter to ask more questions about his numbered days. 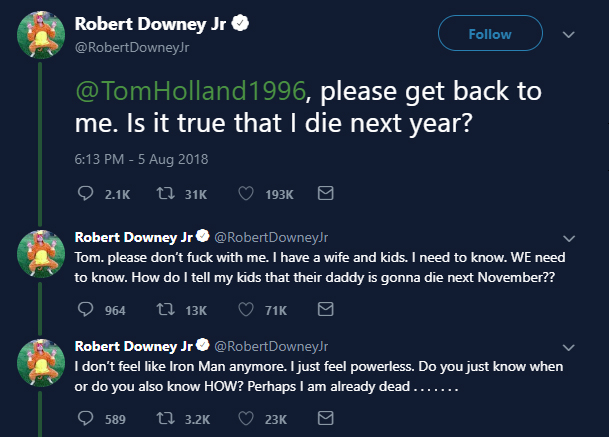 Holland later responded on Twitter saying, “Marvel should just sew my mouth shut at this point because I’m just gonna keep talking about stuff like Galactus being in the credits for Avengers 4 and New York City being destroyed by a nuclear bomb on December 7th 2022. XD”