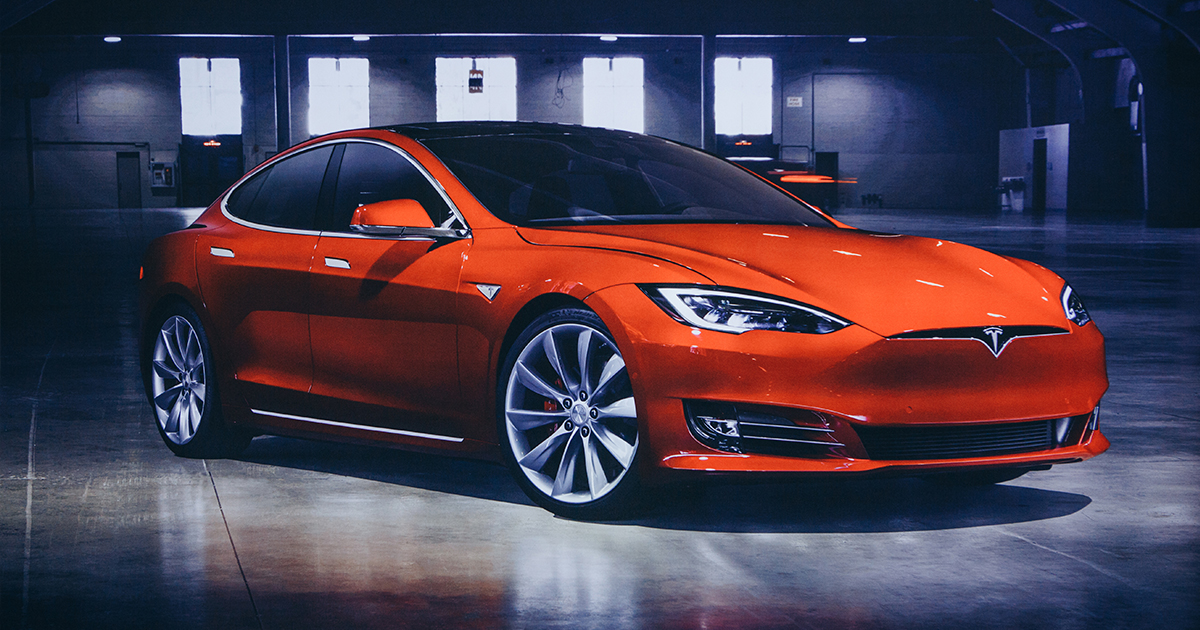 LOS ANGELES — At an unveiling at the Tesla Design Studio, CEO Elon Musk presented a new, cheaper base model of the electric car, less expensive in part thanks to advertisements added in before a person can access the brakes.

“We call it the Tesla Model YES,” said Musk, on stage with a live feed of Tesla’s stock fluctuations on display behind the vehicle. “It is essentially our Model S, but we’ve now made it more accessible to low-income families. The YES means, of course, a ‘yes’ to Tesla, but also a yes to a super cool, highly profitable cyberpunk future.”

The Model YES includes an “intuitive” advertisement system that allows each individual car to pay for itself via sponsors. The car requires all drivers to complete a five-second ad after touching the brake pedal, before the car will begin to slow to a stop.

“We’ve anticipated your questions,” Musk said to the eager crowd at the Studio. “I know you’re concerned, but don’t worry—brakes aren’t the only advertisement on this bad boy. We’ve got banner ads across the windshield when you use a turn signal, sound ads reaching 100 decibels whenever your GPS reads a direction aloud, and of course a holographic movie trailer when the Model YES detects you’re making a K-turn.”

In an example, Musk’s assistant hopped in the vehicle and attempted to buckle his seatbelt. Before the belt fully clipped into place, the crowd oohed and ahhed as a thirty-second ad for Raid: Shadow Legends played over the car’s speakers.

Skeptics in the crowd, while impressed with the $15,990.00 price point, were concerned about the dangers of the invasive advertisements. To that end, Musk unveiled a tier package for the car, in which a premium, no-ads version of the Model YES cost $79,990.00 — the same price as the mechanically and aesthetically identical Model S.

“The inspiration for the low-cost version came from my employees,” Musk said at the conclusion of the event. “I wanted to be able to build a car that they themselves could buy one day, even after I’ve laid them off in six months.”