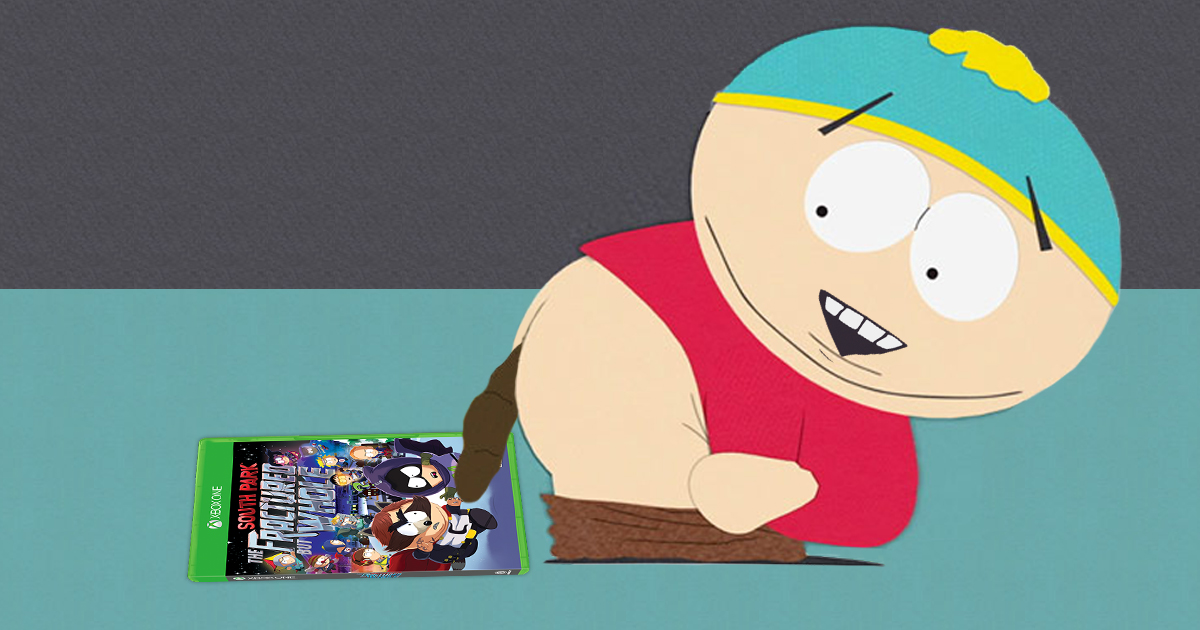 LOS ANGELES — The upcoming South Park role playing game called South Park: The Fractured but Whole, which introduces a difficulty mode that criticizes racial injustice, was ridiculed on an episode of the television show South Park for being a “buncha left-wing nonsense,” last night.

The episode features a scene where Eric Cartman calls the video game a “cuck fantasy world” before removing a South Park: The Fractured but Whole disc from its case, defecating where the disc is supposed to go, closing the case, and selling it to Butters.

“I just think whoever made this video game is a total fucking hypocrite, even if that person is me,” said South Park creator Trey Parker. “Our TV show is about calling out all the stupid people who think they’re so clever. And to me, there’s no bigger target for that than the person who wrote up this Fractured Whole game, which is myself”

Reviewers and longtime fans of the series called the episode confusing.

“South Park is my absolute favorite show ever and they are never wrong,” said Reddit user mrhanky6969. “I think South Park is right when they say that literally everything is dumb, including other things made by South Park.  My favorite episode of the show is the one where they all play World of Warcraft. But hell if South Park made an episode calling that other episode stupid, you know I’d agree with them.”

“South Park has taught me to question everything and think for myself—I just happen to agree with them on 100% of everything—including the fact their game is liberal trash,” he added in a second comment.

According to the description for the next episode, the South Park writers subvert expectations with a second pointed critique of the “stupid idiots” at South Park. Next week, Comedy Central will air two episodes written by Trey Parker and Matt Stone simultaneously, each with a brutal take down of the other episode.