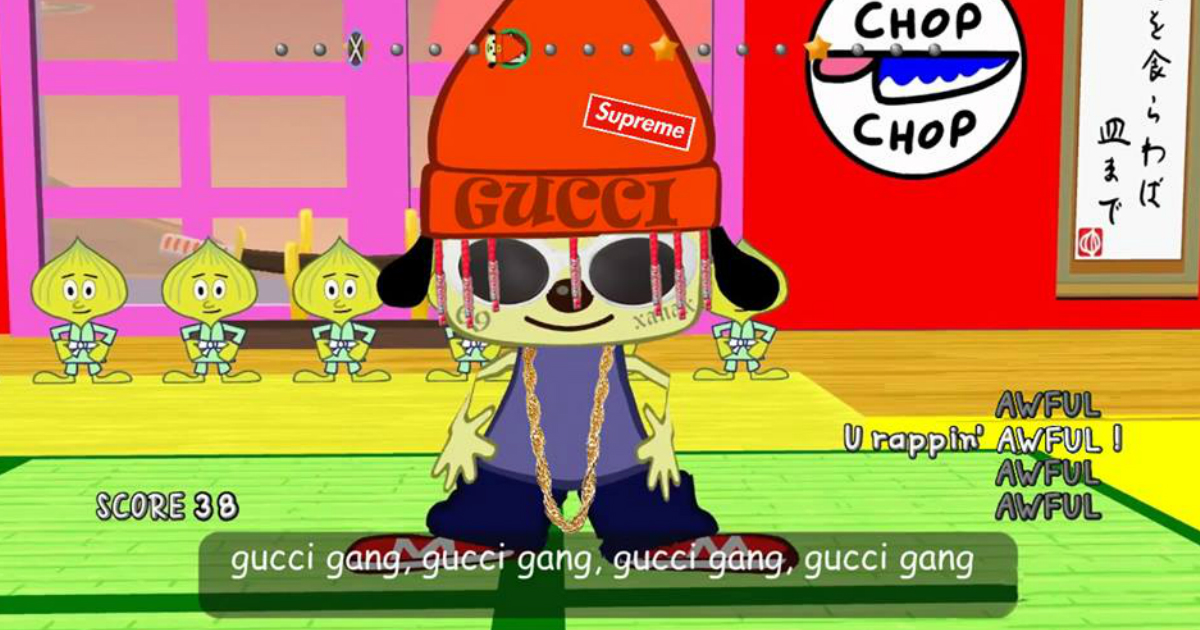 TOKYO, Japan — In a press release this morning, Sony announced that a new edition of PaRappa the Rapper geared towards modern audiences, PaRappa the SoundCloud Rapper, will be coming to PS4 later this year.

“We feel that now is the perfect time to update PaRappa for a new generation of gamers and rap lovers,” said PaRappa creator Masaya Matsuura. “When you look at the current state of rap, PaRappa is a clear fit. Who can forget such classic PaRappa lyrics like ‘Step step on gas the step gas gas,’ or ‘Crack, crack, crack, the eggs into the bowl’? PaRappa and Mumble Rap are as natural a pair as face tattoos and bad decisions.”

The sequel reimagines PaRappa as a lean-sippin hypebeast with tens of online followers, seeking to make his baseless exclamations of “you already know who it is” into reality.

“We’re excited to be collaborating with some of the top SoundCloud rap artists of our time for this project,” Matsuura said. “We’re already working with Lil Pump, Lil Yachty, and Lil Uzi Vert, with more Lil’s to be announced as DLC down the line.”

Sony hopes that the new game will appeal to a new, younger generation.

PaRappa the SoundCloud Rapper will feature PaRappa, or “Yung PRapp” as he is now known, and his animal friends rapping about relatable everyday situations like poppin’ xans with Prince Fleaswallow, doin’ the dash in the whip with Instructor Mooselini, and all of the disgusting lewd acts PaRappa would like to do to anthropomorphic flower Sunny Funny.”

We reached out to popular rapper 6ix9ine on Twitter for comment, to which he replied “WTF THAT DOG FIRE LMAOOO”

If the game sells well, Sony has its eyes set on a possible Um Jammer Lammy sequel for VR systems. Lammy will be an aspiring DJ and gameplay will involve hitting play on a laptop and then waving your arms for four minutes.