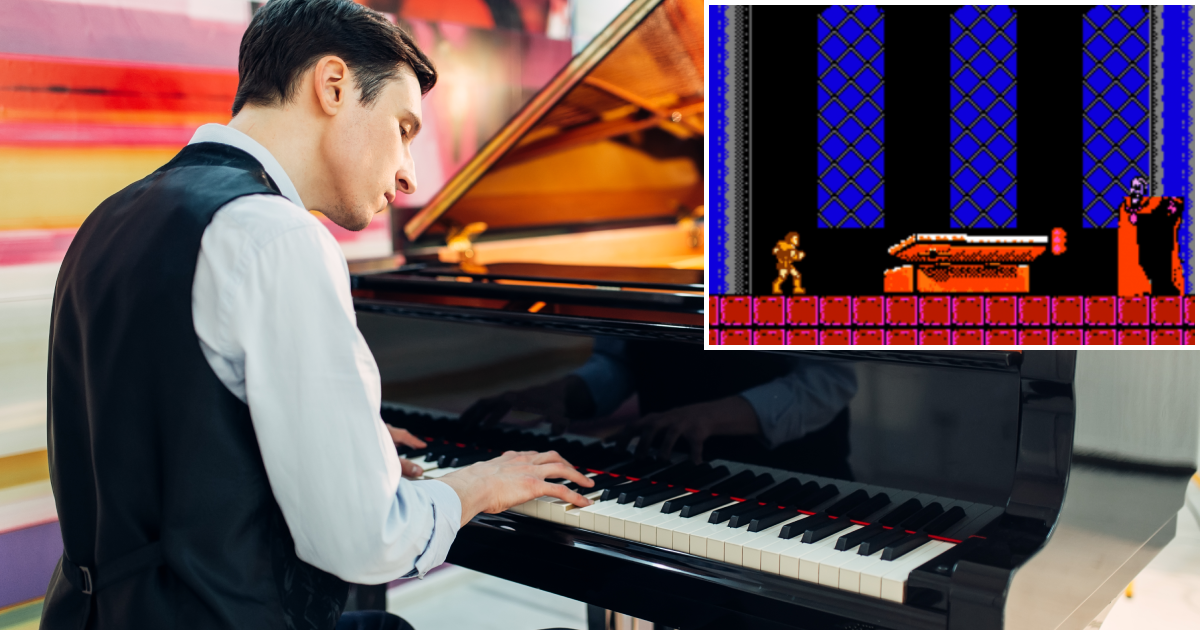 BOSTON — The musical credentials of Berklee College of Music-trained pianist Bryan Adkins were called into question after it was revealed he doesn’t even know any songs from the Castlevania franchise.

“Yeah this asshole claims to be this big time pianist and yet he can’t rip through ‘Bloody Tears,’ or ‘Nocturne in the Moonlight,’ at a moment’s notice,” said Mitchell Stevens, local Castlevania aficionado. “I mean, can you really claim to be classically trained when you haven’t even heard of Michiru Yamane or Kinuyo Yamashita?”

“What the fuck are they even teaching at that music school anyway?” he added. “I’d be pissed if I spent 40 grand a semester to learn about Bach or some shit while the true masters of the form were left off the syllabus.”

Mark Reyes, a classmate and friend of Adkins, weighed in on the debate of Adkins’ credentials as a pianist.

“Bryan is an incredible musician,” he said.  “He’s studied for years and worked his fingers to the bone to get where he is, so I guess maybe he hasn’t had time to play Castlevania or even look it up on Spotify. That said, he’s being so stubborn about learning any of these pieces that I’m starting to suspect he can’t actually play them.”

Adkins himself offered justifications for his ignorance of the finer compositions of classic Konami Games as well as his apparent refusal to learn more about them.

“I don’t understand why everyone is so fixated on me playing this weird digital vampire music,” he said. “For fuck’s sake, I can play anything by Bach or Chopin or Beethoven; I’m like a fucking classical music jukebox! But no, all these fucking cretins just want to hear ‘Vampire Killer’ or ‘Lost Paintings’ or some other MIDI bullshit that I have to rearrange for piano and I just don’t have the fucking time, I have important music to learn and perform.”

At press time, Adkins has locked himself in a practice room and could be heard shrieking as he attempted to play the same ten seconds of “Daybreak” from Rondo of Blood over and over.