Review: ‘Spider-Man’ is a Delightful Romp That Almost Allows Players to Forget Spider-Man Did Nothing to Stop 9/11 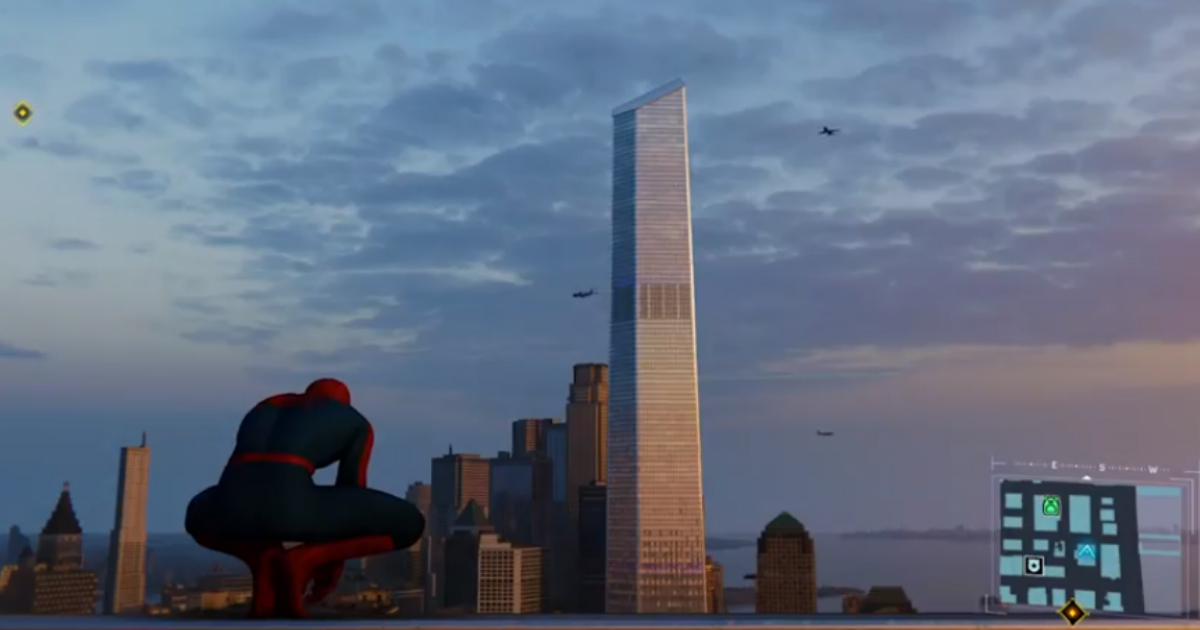 An ultimately hollow message that rings through Spider-Man on the PlayStation 4, a fantastic game that falls short of greatness because it never addresses the fact its titular character failed to protect New York City during the tragic events of September 11, 2001.

Marvel’s Spider-Man is a true joy to play. Swinging around New York City and using a variety of signature powers and moves truly puts the player into the costume of the masked hero. It also makes you feel a sense of confusion as to why Spider-Man chose to use exactly zero of those abilities to help stop the greatest terrorist attack in American history.

As much fun as I had webbing enemies in creative ways, i couldn’t help but think “Why was Spider-Man so stingy with his webbing when it came to the hundreds of people forced to jump from the twin towers?” Thoughts like this mar what is otherwise the best gameplay in the series’ history.

The story of Spider-Man revolves around his clashes with the infamous Sinister Six and the sacrifices he has to make in order to protect those that he loves. It is a powerful tale, but as I played through the story I found myself wondering that perhaps Spider-Man could have focused less on the Sinister Six and a little more on the plans of the Sinister Nineteen hijackers who tore our country asunder on that fateful autumn morning.

It would’ve been so easy to weave Spider-Man’s ultimate failure  into the game’s existing story. Why not have one of the villains, Mister Negative, get his powers from being at Ground Zero during the attacks, causing Spider-Man to feel responsible for his wicked transformation? The roadmap to an incredible story is so clear and yet ultimately ignored as you swing around post 9/11 Manhattan.

Insomniac should be applauded for so-closely recreating the look of New York City, but unfortunately they failed to capture its spirit by not including NPCs who are constantly yelling at their friendly neighborhood spider-coward who so clearly betrayed their city.

When Spidey masterfully swings over the picture-perfect streets of the Big Apple, pedestrians below should be shouting in thick New York accents “Hey Spidey, I hope that web snaps and you break your fucking back!” and “Look it’s Spider-Man, the only guy in NYC who forgot about 9/11.” as they throw cans and bottles at him.

Not only would this make swinging around more challenging and fun, but it would reinforce the moral grey area most superheroes live in. Instead, much like its release date, Marvel’s Spider-Man is on the periphery of 9/11 without ever meaningfully engaging with it, creating an experience that can be incredibly fun but is ultimately undermined by its refusal to address the Web Head’s dark past.

I give Spider-Man for the PS4 a nine out of eleven.

Because unlike Spider-Man, this reviewer never forgets.