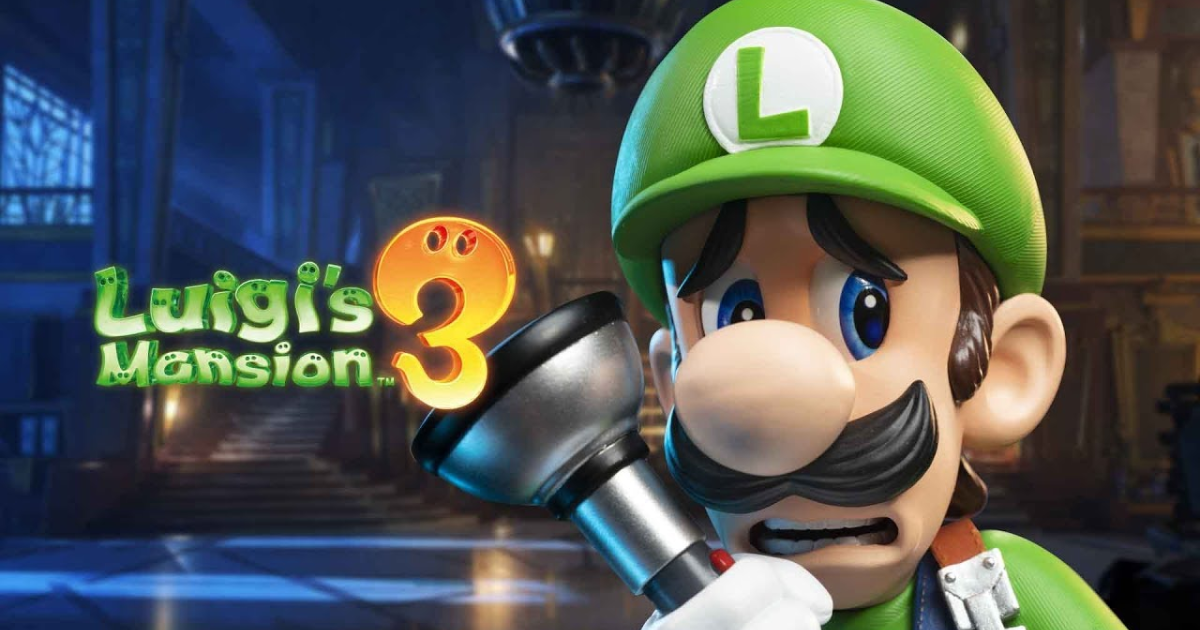 Nintendo released Luigi’s Mansion 3 for Switch just in time for Halloween; too bad it’s not fucking scary at all, and was obviously made for little kids or some shit. As a fan and student of classic horror — specifically film (aka cinema) — this is extremely disappointing.

Before you say, “Oh, well this isn’t a film, this is a video game made by Nintendo. What did you expect?” let me just cut you off right there to remind you that since they had the nerve to include a scary (yeah right, okay) hotel and paranormal entities like ghosts, then they are responsible for using them to frighten me. Like most mainstream “horror,” there is so much missed opportunity here that I am certain I could have made a scarier game by myself.

When I was 13, I created an original board game called “Mr. Ghost Goes To Town,” and it was an abomination so unnerving that nobody would ever play it. Friends stopped coming to my house. Kids at school looked at me like I was a freak. This is the moment I knew that I was a master of terror, an authority on all things horrifying.

This Luigi game, though? It’s a baby’s game.

The game starts when Luigi is checking into a hotel with his friends (or, coworkers maybe? Not really explained, so that’s strike one right there). Little do they know, it’s full of ghosts, and Luigi has to suck them up in a vacuum cleaner. This sounds horrifying on paper, but when you are actually playing the game, the ghosts are just goofing around! They’re not even in a bad mood! How dare Nintendo insult my intelligence with this foolishness?

Secondly, I cannot believe this game is a fucking CARTOON. I wish I would have known that! Would it have killed them to mention this literally ANYWHERE in the ads, or, at the very least, on the packaging itself? This was very misleading, and obviously a classic bait-and-switch. They promise a macabre tale of dread and shock, but instead you get a stupid Mickey Mouse cartoon for assholes. I thought this would be an “M For Mature” (for intense blood and gore, and chilling nudity), but this is clearly more like a ‘T For Teens’ (for depictions of ghouls).

Honestly, I couldn’t finish this shit. How many more times will I get burned? It seems media only wants to disappoint me by playing it safe. Everything has to be for babies now, so whatever.

I’m just holding out hope that things will get better with “Animal Crossing,” Nintendo’s upcoming survival horror game in which all the world’s pets turn against their owners, ushering in an era of bloodthirst and violence.