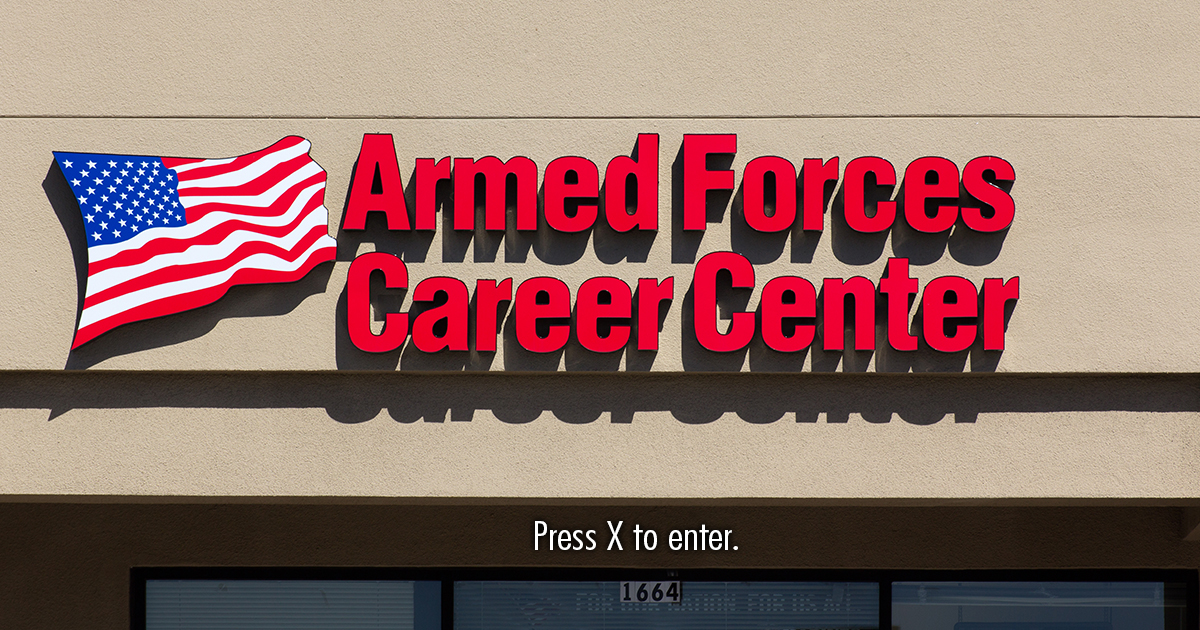 The game, from studio Levelsoft Entertainment, follows the story of a National Guard member stationed at a recruitment center between a Spencer’s Gifts and a shop that sells giant cookies, and is the first game in the military shooter genre to let players hone skills such as active listening, asking clarifying questions, and reminding their targets that this is the only way they can pay for college.

“The military shooter genre has always been about pushing the boundaries of situations we can put players in,” said lead designer Leslie Stout. “Other franchises already let players experience gunship bombings, terrorist attacks, and urban warfare, so we figured this was the only facet of the military experience left to explore.”

“The Future Soldier single-player campaign really shows you the journey of a National Guard recruiter,” said Stout. “You’ll start out asking simple icebreaker questions like, ‘You kids like Fortnite?’ or ‘Did you kids know Tom Selleck was in the National Guard?’ and eventually grow into a more experienced recruiter who just straight-up promises kids they’ll be a combat medic jet pilot even though it’s not true.”

“The end goal of this game is to make every player feel what it’s like to be someone who could convince a kid with hopes and dreams that the National Guard is their only ticket out of Leawood, Kansas,” she added.

Future Soldier: The Hunt, which was developed using an extended version of the Arma engine, will feature licensed, fully-realized depictions of stores such as Cinnabon and a permanently closed Radio Shack that players can hang out in front of searching for eye contact. An in-game trailer also teased possible gameplay mechanics such as wearing your fatigues to T.G.I. Fridays for some reason.

The announcement also included details of a multiplayer mode in which 100 recruiters from all branches of the military descend on the mall to compete for the attention of a 17-year-old named Kevin who never learned to shave right.

Future Soldier is slated for release early next year.