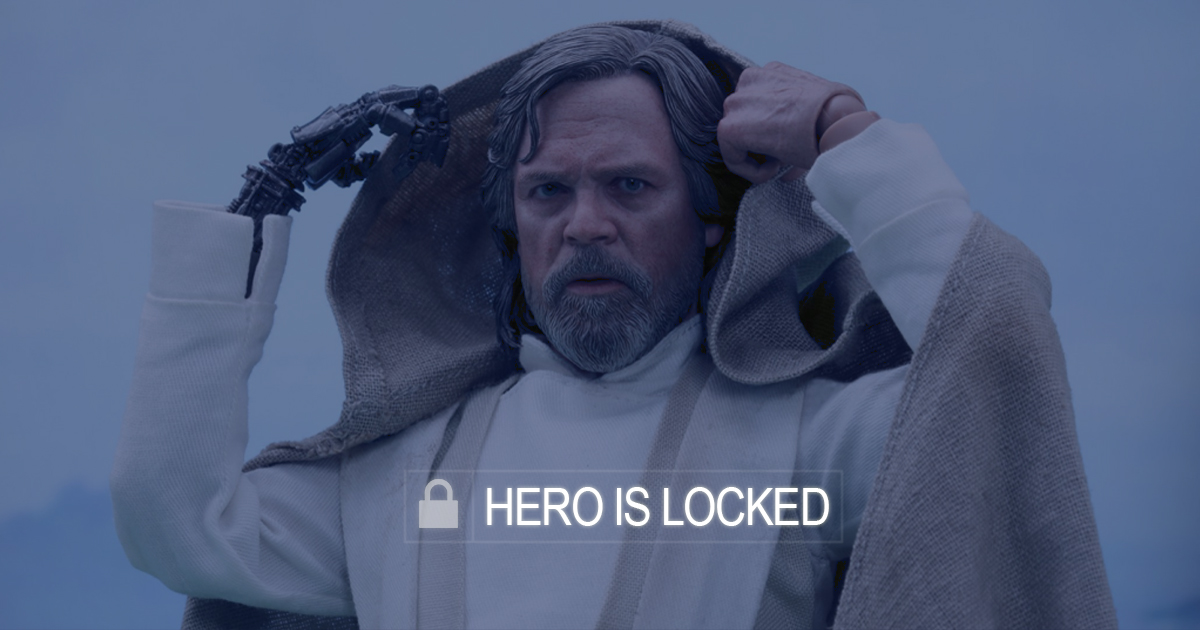 Skywalker, played by Mark Hamill for the first time in over three decades, will otherwise require 10,000 Disney Points to unlock. Points can be earned by purchasing concessions, seeing the film multiple times, or punching a cardboard cutout of Jar Jar Binks in the face.

“The intent of this reward system is to provide viewers with a sense of pride and accomplishment for unlocking different characters in the film. Even before you unlock Luke, there are plenty of great characters in the film, including Captain Phasma and whatever Laura Dern is doing,” Lucasfilm producer Kathleen Kennedy said in a statement.

“Just think how rewarding it will be to re-watch the film once you’ve unlocked Luke Skywalker! What’s he been doing on that island? Is he evil now? You’ll be able to find out on December 15… provided you’ve earned 10,000 credits.”

Other than Luke Skywalker, the characters who are initially unavailable include Rey, Chewbacca and Finn, and, most upsetting to some fans, the Porgs.

“It’s very odd watching scenes from the movie because every time Luke is supposed to be on screen, it just cuts to a blank space where he was originally standing,” said Lisa Mathison, a fan. “It’s clear that Disney painstakingly edited Mark Hamill out of every frame just to make a few extra dollars from fans.”

At press time, director Rian Johnson ensured fans on Twitter that his standalone Star Wars trilogy will not have any microtransactions but implied that choices made by characters would not carry over from film to film.