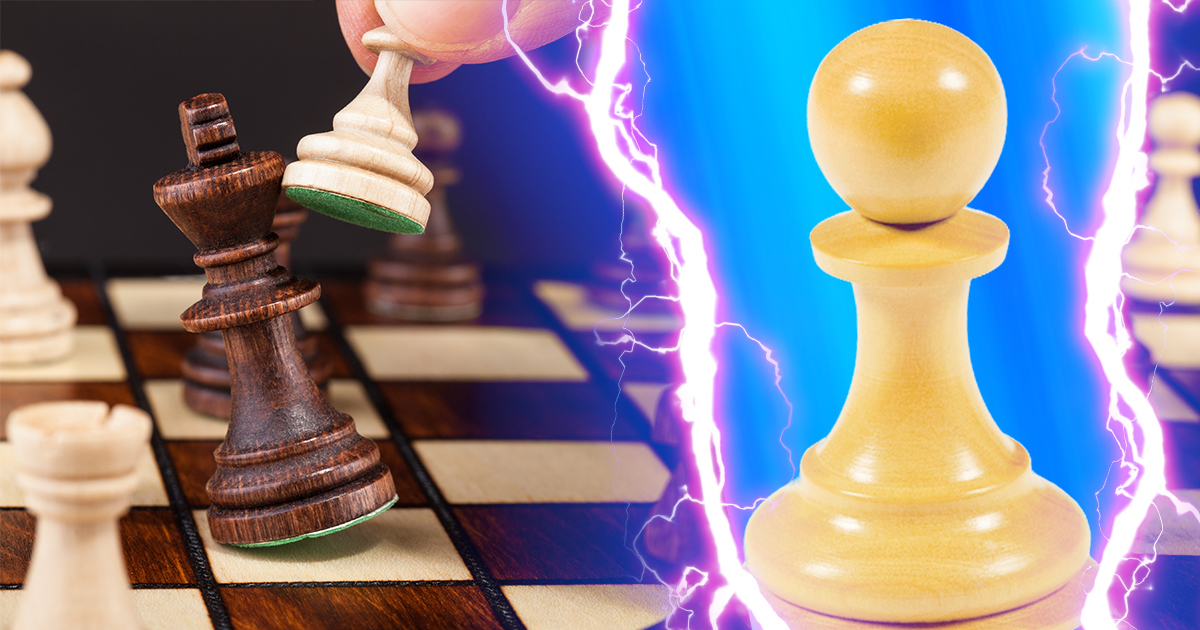 NEW YORK — A friendly chess match ended spectacularly when a white pawn got a critical hit on the black king, dealing a massive blow and completely eliminating it from the game.

“I’ve been min/maxing the crap out of that pawn by using the ‘en passent’ ability over and over, so it was pretty rewarding to finally win a game with her,” said Clare Hudson. “Chess is scary because if your piece is captured, you never get to play with it again.”

According to those watching the game, attendants could hear the pawn solemnly state, “pick a god and pray,” right before obliterating the enemy king from existence. The attack was especially powerful because the piece was also in striking distance of Hudson’s rook, allowing for a linked attack.

“Yeah I’m not sure that Clare… knows how to play chess,” said Hudson’s opponent Steve MacDonald. “She just put my king in check with her pawn, she didn’t take it or anything. I have no idea what a ‘critical attack’ is and she kept talking about the pieces having ‘health points,’ which I thought was weird, because they all have… I guess one health point?”

Despite MacDonald’s refusal to accept the cooler mechanics of modern chess, onlookers said it was still an enjoyable match to watch.

“Chess is definitely my favorite turn-based strategy game,” said Chris Hull. “I loved the way Clare reclassed her bishop to be a dark mage so that it could shoot fireballs across the board and take out Steve’s queen early on. It’s really incredible how much flexibility the game gives you so that you can even out your team of pieces.”

As of press time, fans were dismayed to hear a leak confirming that White Pawn would be the next character added to Super Smash Bros. Ultimate as DLC.