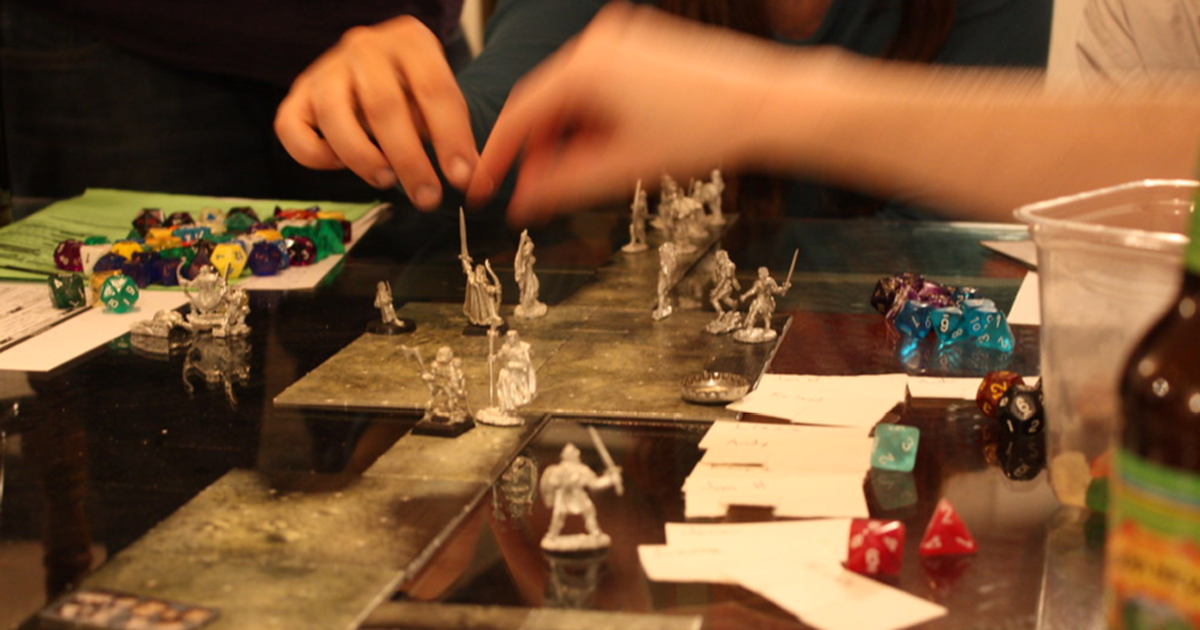 ATLANTA — While beginning an adventure into the fantastical realm of Faerûn, players from a local Dungeons & Dragons group had their night ruined after their Rogue reportedly wasted a precious natural 20 roll after asking the Dungeon Master if he could “do a cool flip.”

“We were like five minutes out of the tavern, and Dave just went for the damn thing right away,” said Kaylee Evans, the party’s Monk player. “That fucking nat 20 went to a dumbass acrobatics roll instead of, uh, I don’t know, maybe his fucking Sneak Attack? You know how much damage a crit Sneak Attack does? It’s like a million. Roughly one goddamn million damage. And now we’ll never see that because Dave threw his good luck roll in the trash.”

“The flip was pretty cool, you have to admit,” Dungeon Master Steven Green said in an interview. “I had to look up some Russian gymnastics shit really quick just to make sure the description was satisfying, because that natural 20 was a complete and utter waste otherwise. I’m not saying acrobatics is a bad skill, but rolling a critical hit is such a precious resource and Dave is clearly oblivious to this fact.”

Sources say the atmosphere of the table was tense for the rest of the night, with Dave’s Rogue character being mostly shunned by the party unless his skills were completely necessary to progress.

“I don’t get what the big deal is. Everybody is acting like we have limited crits. Aren’t dice rolls random? Am I going crazy?” asked Dave, who was visibly confused about the dice politics he had found himself caught up in. “Jesus, I’m just here to get away from my asshole dad for a few hours and stab some goblins. Why did it have to get weird?”

The group was last reported taking an extended break to get some air after Dave rolled another natural 20 to use lockpicking on a door that was already unlocked.