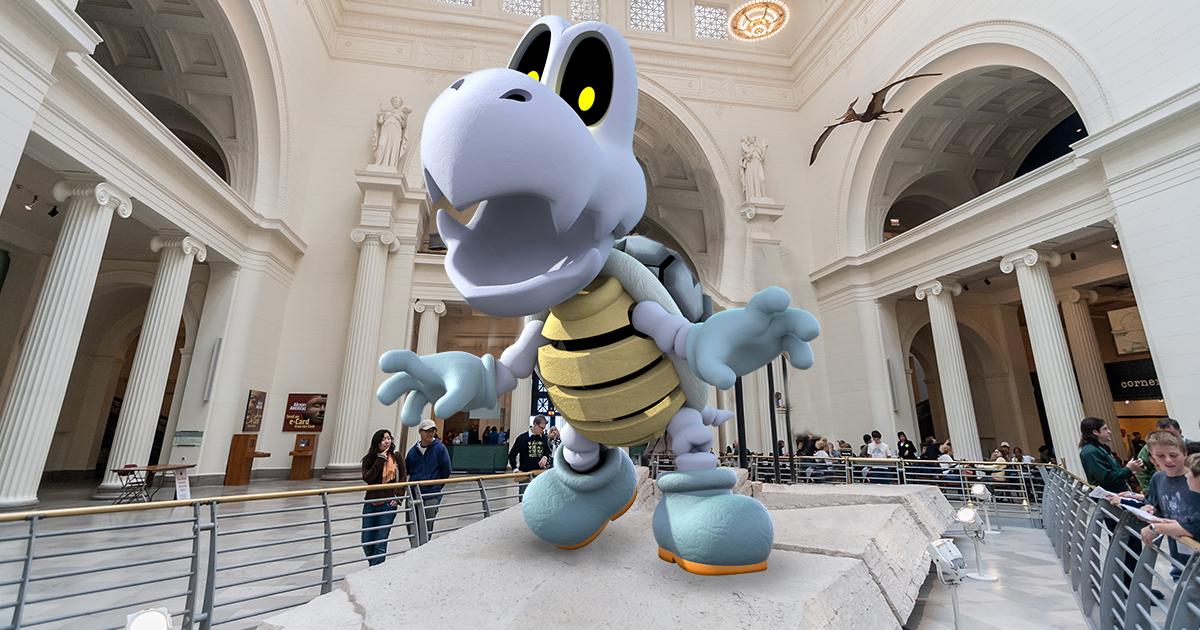 NEW YORK — Touting the new exhibit as a magnificent specimen of Koopa Troopa ancestry, the American Museum of Natural History unveiled a prehistoric Dry Bones skeleton as its most recent addition to its Hall of Koopa Origins.

“The Dry Bones was in such excellent condition that, once we took it out of the crate, it immediately got up and started walking around aimlessly,” said resident archaeologist Dr. Murphy Kline. “One guy had to whack it with a pickaxe just so we could get the bone pile behind a glass case before it resurrected. Spry little fella!”

The Upper West Side institution purchased the ancient Mushroom Kingdom baddie when Dry Bones escaped its display at the Smithsonian in Washington D.C. and wreaked havoc, spooking museum patrons and knocking over an ichthyosaurus fossil, until a researcher finally subdued it by jumping on its shell.

“We are delighted to present our new Dry Bones to the public this summer,” read a statement from AMNH president Ellen Futter, “and insist all safety precautions will be taken to ensure Dry Bones, including surrounding the specimen with ledges and ensuring museum guards have hammer suits on-demand. We can’t stop it from throwing bones at people, though, so we ask guests to exercise caution.”

When not on display, the Dry Bones will be studied by New York’s paleontologists for key insights into Koopa evolution, such as how they began to walk upright and the speciation that developed Paratroopa wings.

Update: As of press time, the Dry Bones exhibit is temporarily closed until the specimen is located again.