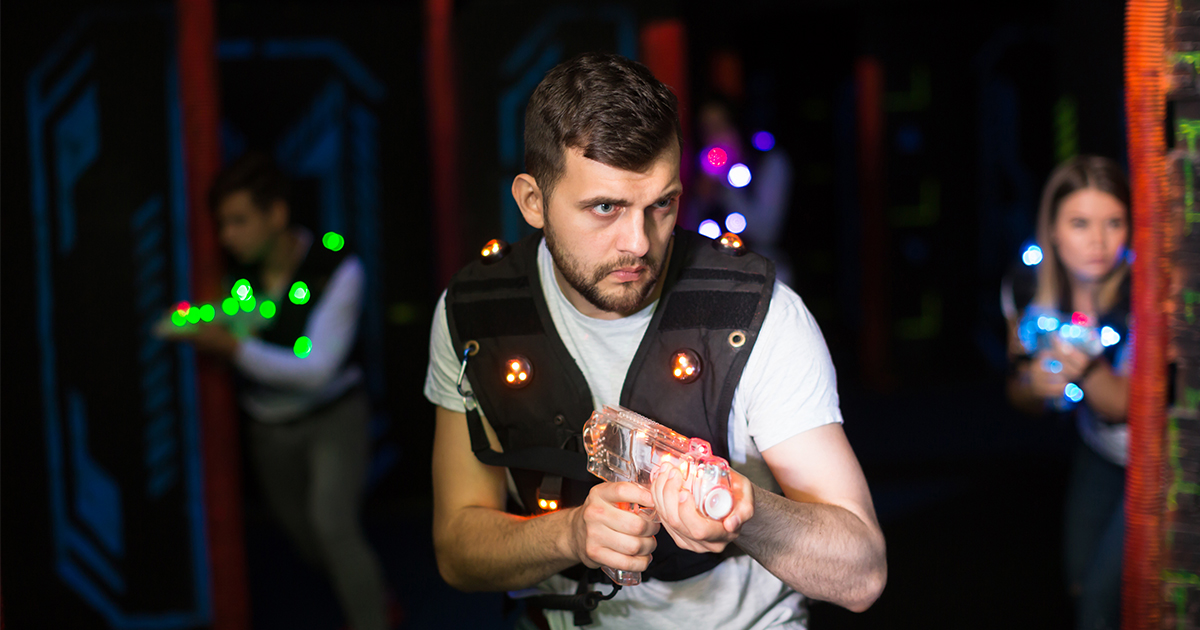 “I guess it comes naturally to me, I don’t know,” said Manzke, wiping blood out of his ear. “It’s like, I’m just in the zone. All these lasers coming at me, I don’t even flinch. I just start swinging. Close quarters, kid spamming my chest sensor? Kick him over the railing. Kid over there, trying to snipe my shoulder sensor? Bam, gun to the teeth. Hit him right in the teeth. These guns are metal, too, so he’ll know to stay away after that.”

9-year-old laser tag veteran Alice Meyers managed to land a few critical hits on Manzke, but was quickly bested when Manzke picked her up and threw her through the drywall.

“It’s an interesting technique to introduce to the meta,” said Meyers. “I was going to discuss possible counters with my friend [Claire Quimby], but she’s in the hospital with this tube in her mouth, so that writeup is going to be a little delayed. For the time being, I’d recommend ranged attacks and calling ‘timeout’ when necessary.”

Concerned parents brought Manzke’s unorthodox playstyle to the attention of LazerZone employee Campbell Baker, who had little to say on the matter.

“Look, this place has got three rules,” said Baker. “No food or drink inside the arena, and no running. And there’s a third one, but I don’t really remember what it is. It probably doesn’t stop him from hitting those kids in the teeth, though, so you can stop telling me about that. If you don’t like it, you can go to Dave & Busters.”

At press time, Manzke was experimenting with his melee-only technique in a local bowling alley, to great success.