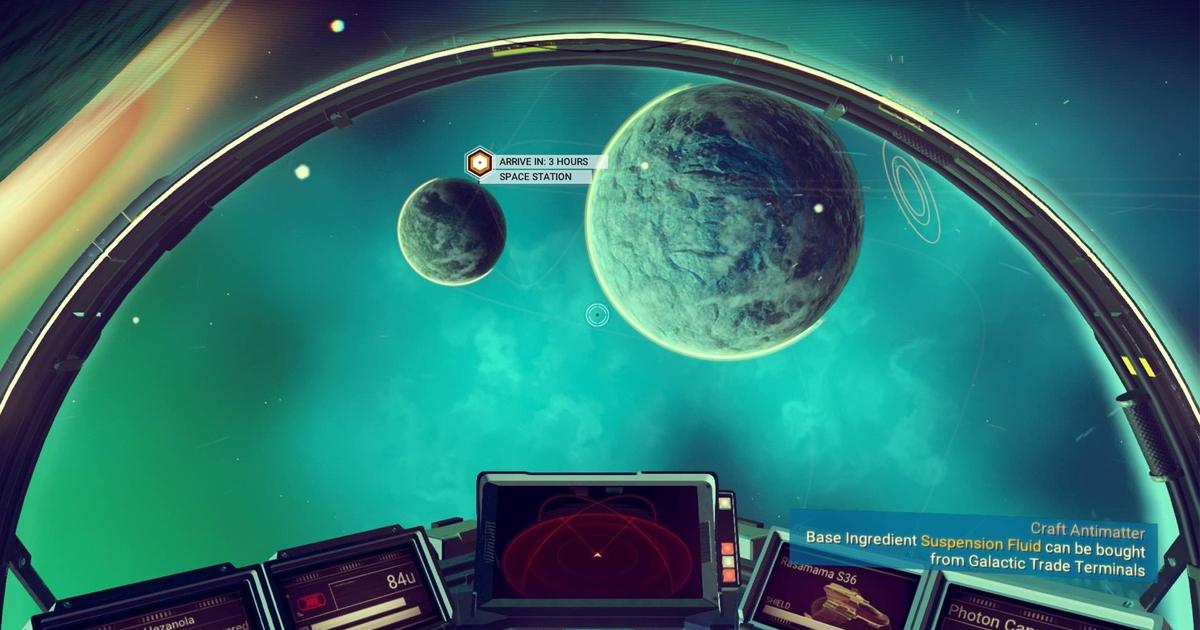 HUNTINGTON, N.Y. — Nathan Patterson and Blake O’Hara are still searching for a secret marriage proposal hidden on a planet in No Man’s Sky after Patterson forgot which planet the proposal was actually on, according to close sources.

Patterson tweeted out to Hello Games several weeks prior to the search, asking them to include the marriage proposal on one of the game’s procedurally-generated planets. Patterson was able to find the planet after a few hours of play, but he advanced so far ahead that he forgot which of the thousands of planets had the proposal when he innocently suggested his girlfriend play for a bit.

“I had my girlfriend pick up where I left off on my 90-hour playthrough,” Patterson explained. “She’s been having a tough time of it, but if she sticks it out for a little longer and backtracks through all the planets I’ve excavated, we’ll be able to laugh it off on our honeymoon, I think. She is pretty pissed at me right now for pushing her to put in major shifts to find this goddamn planet.”

O’Hara has no idea what the message is, with Patterson only having told her “there’s a special surprise on one of the planets [he] visited.” According to O’Hara, she spends over eight hours a day backtracking through his progress in search of the right planet. As of the time this article was published, she’s been searching for five weeks.

“I basically spend my entire day playing this fucking game because he forgot where the shit this message is,” O’Hara stated. “I don’t even like it. All I do is fly around space, scour entire goddamn planets for their resources so I can repeat the cycle. My boyfriend insists that I keep playing, but if I don’t find this fucking message soon, I may just snap his neck.”

Throughout a typical day, O’Hara repeatedly asks Patterson to just tell her what the message is, but Patterson insists on letting her find out on her own.

“Lately, her game sessions have consisted of her throwing the controller at the wall and screaming at me. At this point I am having doubts if she will say ‘Yes’ even if she does find it, like I am in some shitty gamer version of The Twilight Zone hosted by JonTron.”

The proposal was reportedly found by another player, Drew Baxter, who used it to propose to his boyfriend.

“It was so random that I found this message but I’m glad I did. Luckily they’re both named Blake,” Baxter stated. “But I got so excited when [my boyfriend] said yes that I completely forgot where I found it after when a guy frantically replied to my tweet asking for its location.”