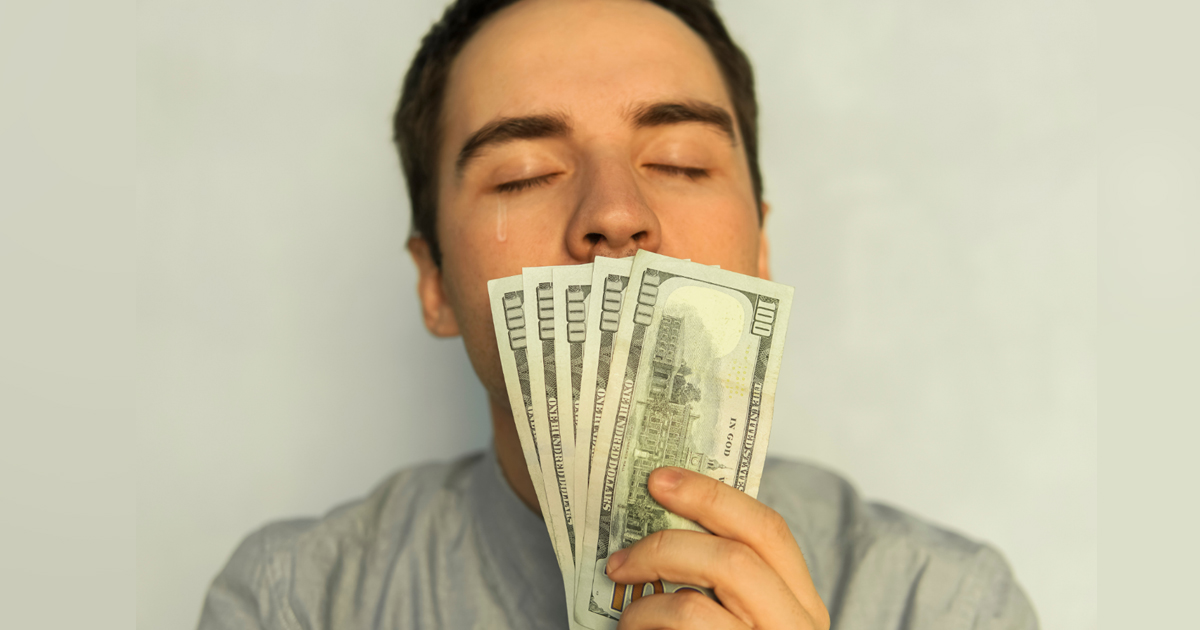 GLEN ROCK, N.J. — After cashing in the hundreds of Bitcoin he had bought in 2008, newly minted millionaire Steven Profaci lamented the fact he had no friends to share his wealth with, according to close sources.

“I started telling my friends years ago they were idiots for not investing in the currency of the future. In fact, I said it so often, that they stopped being my friends,” said Profaci to reporters. “If I saw them now, first I would tell them ‘I told you so’ and second ‘Hey it’s been awhile Chris, you free to chill because I’m pretty lonely?”

Despite Profaci’s wish that he could share his wealth with some friends, his past acquaintances were not interested in his offer.

“Is going out to dinner at an expensive steakhouse worth having to listen to him talk about men’s rights all night? Absolutely not,” said Ariel Stone, a former high school friend of Profaci. “Sure, I thought Bitcoin was equally idiotic, and clearly history has judged me dead wrong about that, but I rather be proven wrong for the rest of my life than lectured to by the personification of Reddit.”

At press time, Profaci had taken all his Bitcoin earnings and converted them to Ethereum, briefly making him a billionaire when the cryptocurrency inexplicably rose to 100k a coin before just as preposterously falling to zero within five minutes.