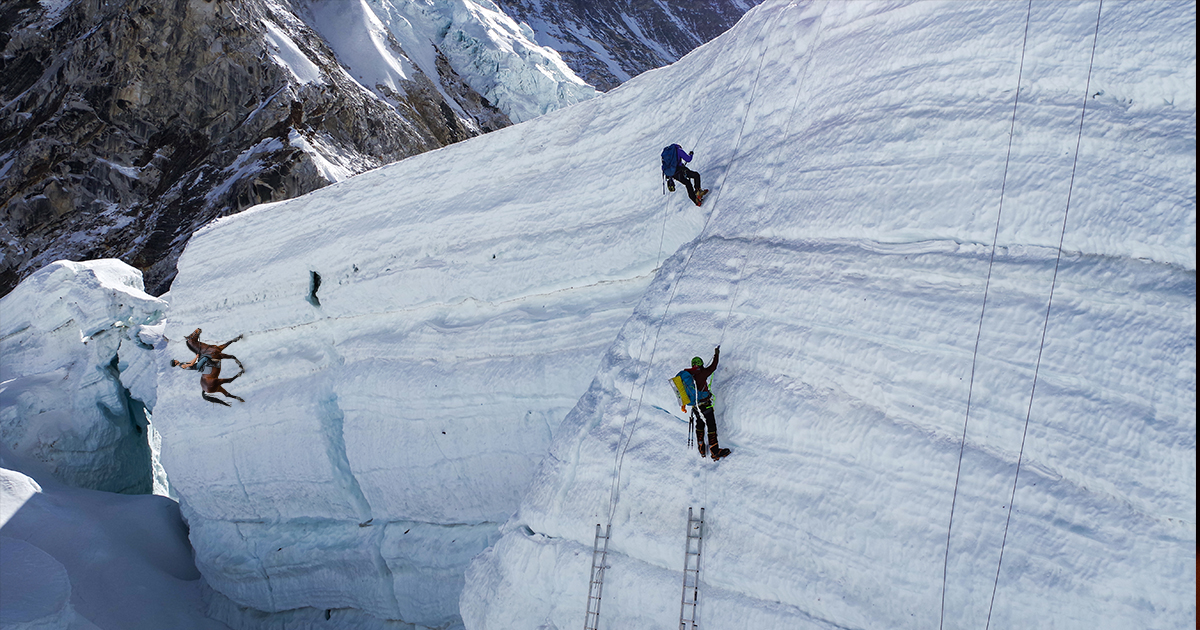 KATHMANDU, Nepal — World-renowned adventurer Jorn Aldis successfully scaled Mount Everest yesterday following a rigorous multi-month climb that saw him slowly jump up the side of the mountain until he was able to force his way up to its summit.

Aldis began his journey after reportedly growing frustrated after failing to find where either of Everest’s commonly climbed routes began. After weeks of looking for the paths, Aldis eventually gave up and decided to try hopping up the world’s tallest mountain instead.

“I wasn’t really planning on climbing Everest in the first place,” Aldis explained. “I just had to get to the other side and my GPS kept telling me to go all the way around it. That seemed like a waste of time to me, so I just figured it’d make more sense if I just cut through it.”

Aldis spent several months carefully leaping from crag to crag. While much of the climb went smoothly, several obstacles popped up along the ascent. He hit several stretches of steep snow, forcing him to repeatedly jump at an awkward angle until he could reach a safe outcrop.

In spite of the struggles, Aldis was eventually able to hop up to Everest’s peak. After taking a moment to admire the view from the top, he safely slid all the way down the other side of the mountain, reaching the bottom in mere minutes.

“This is an amazing feat in the climbing community,” world-renowned rock climber Alex Honnold said. “It takes a lot of discipline and patience to accomplish what Aldis has done. I recently tried to free solo El Capitan on horseback and I barely got a fourth of the way up.”

While Aldis’s climb is over, the adventurer claims his longer journey is just beginning. Next month, he plans to take another expedition up Everest, where he’ll paint all of the mountain’s climbable areas with bright yellow paint to make its routes more legible.