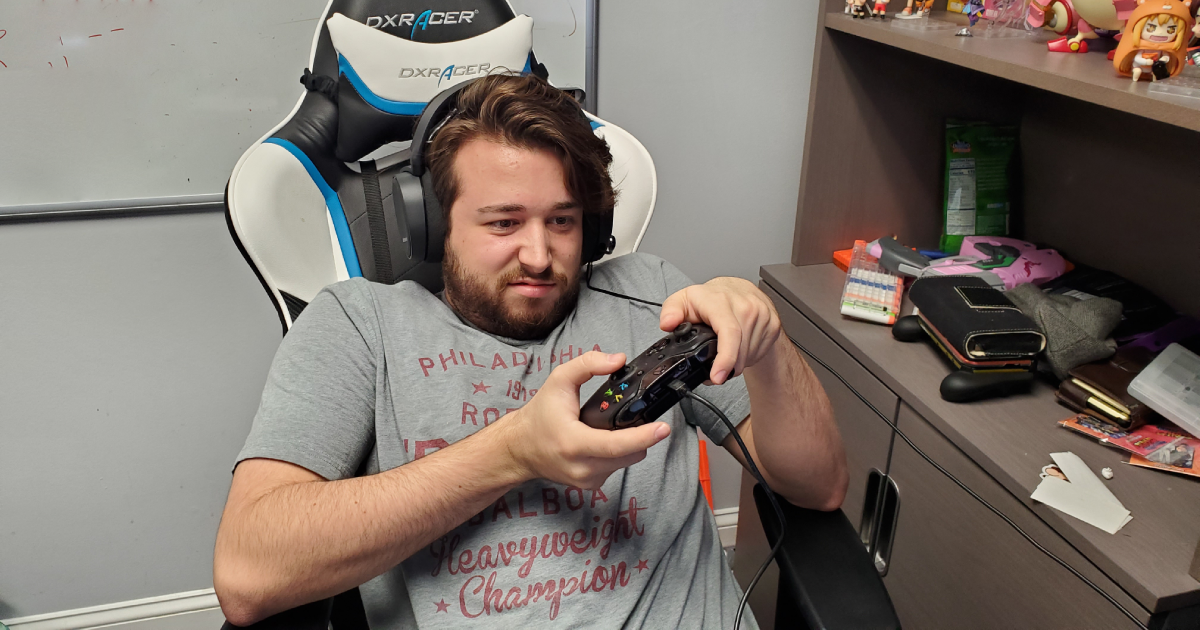 TORRANCE, Calif. — Shortly after depositing his paycheck on Friday evening, local freelance artist David Gill excitedly ordered a brand new DXRacer gaming chair with which he intended to sit in exclusively while his body contorted itself into the shape of a revolting goblinoid trash being.

“I’ve been putting in overtime just to afford one of these babies!” exclaimed an ecstatic Gill, his back pressed against the bottom third of the chair. “My old office chair just won’t do it for me anymore. Draping my legs and spine over the arms of it like a kind of wretched Gollum-esque creature with no regard for my own personal health has really worn it down, so I’ve been needing the upgrade for a long time. Plus it even comes in purple!”

The chair’s features include adjustable height and lumbar support, which Gill planned to ignore entirely as he twisted around and folded himself into a position sure to lead to years of agonizing lower back pain.

“I don’t know why anybody would sit like this, like some monstrous malformed subterranean homunculus,” said a spokesperson for DXRacer when asked to comment. “We’re considering cancelling Mr. Gill’s order because this is bad for optics. Just sit in the damn chair like an adult man!”

The spokesperson declined to follow up but the company has since updated their website with several blurbs about their products being intended for ‘normal sitting use only’.

At press time, Gill was seen adjusting the position of his keyboard, mouse, and Cintiq tablet to accommodate the new chair.

“The key is to get them all within arms reach,” he said. “But in a way that forces you to slowly do irreparable damage to your neck while using them.”