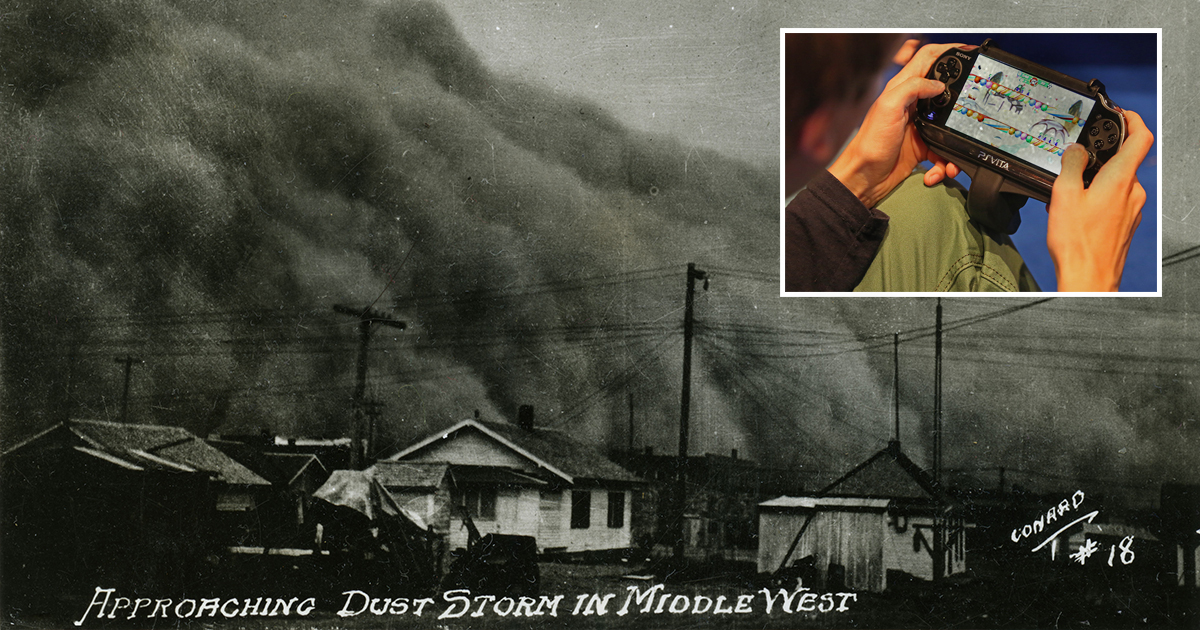 COUNCIL BLUFFS, Iowa — Middle America was forced into ruins again today after Landon Younger decided to play his long neglected Playstation Vita, blowing off of the dust and beginning the second Dust Bowl in the United States, according to top scientists.

The Second Great American Dust Bowl began one night when Younger wanted to play video games in bed, but found his Nintendo Switch’s battery to be dead. With the PS4 controller on the other side of the room, his and the country’s fates were sealed.

“I had my heart set on Breath of the Wild or something, but I figured I’d play a few rounds of The Binding of Isaac instead,” said Younger, desperately explaining himself to the millions of people in Middle America who were displaced from their homes and farms amidst a new era of economic depression.  “I just wanted to clean the screen off, I definitely didn’t mean to cause debilitating drought and famine throughout the entire Midwest.”

The gigantic dust cloud created when prepping the long dormant system for play caused droughts that eventually ruined millions of acres of crops, and forced thousands of families to abandon their generational livelihoods. All for what is agreed upon to be not one of the stronger versions of the game, adding to the tragedy for many.

Sonny Perdue, the head of the Department of Agriculture, addressed the cause of the Dust Bowl with the media earlier today, reflecting on the game that had decimated the prairies of America and Canada.

“The cool thing about The Binding of Isaac is that it’s a procedurally generated, occult homage to The Legend of Zelda: A Link to the Past, and on the Vita it’s playable on the bus, in bed, or on the toilet,” he said to gathered reporters.  “So I totally get it. However, this in no way makes up for the fact that 9 months from now there will literally be no such thing as corn.”