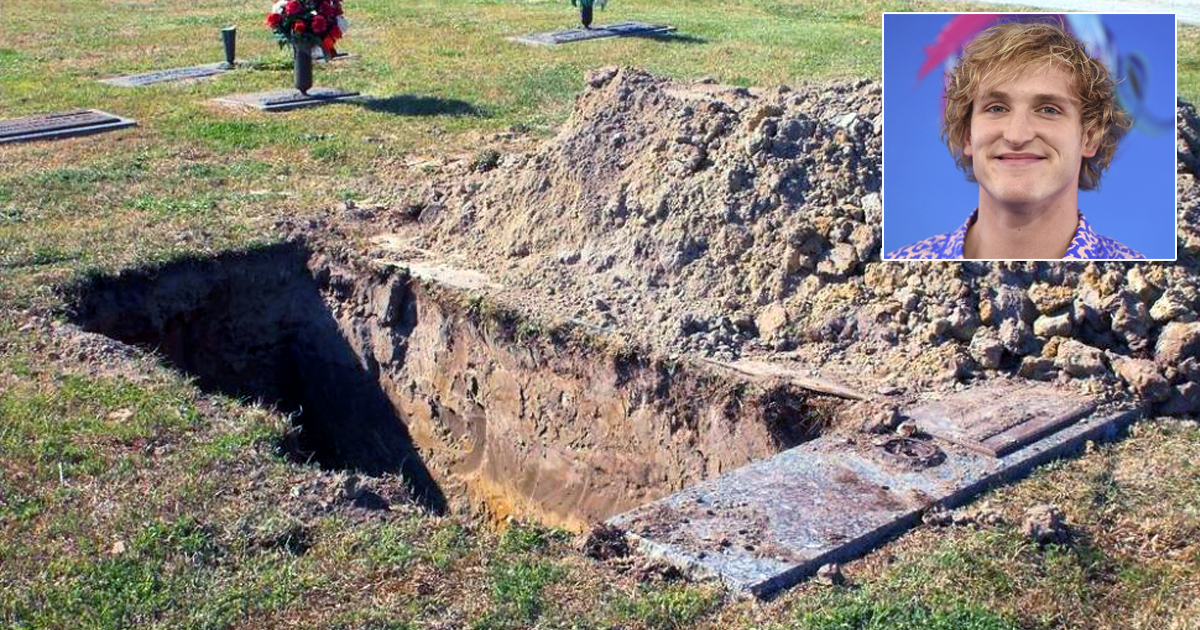 LOS ANGELES — YouTube star Logan Paul issued yet another apology today after posting a vlog in which he opened up a casket in a local cemetery titled “UNBOXING IN GRAVEYARD!! (SAVAGE).”

The video, deleted less than three hours after being uploaded, showed Paul in Westwood Village Memorial Park in Los Angeles. Paul can be seen digging up a casket and opening it with a crowbar while his friends blew air horns.

“Woah check out this killer swag,” Paul said in the video while examining what appears to be a wedding ring. “So, we got a dude inside who looks like he hasn’t hit the gym in years. What’s up, bro? What’s with those skinny arms, bro?”

Paul then proceeded to remove the body from the casket and deadlift it, shouting, “Get it? DEAD-lifting!” Then, Paul’s friends danced around him and played vuvuzelas to the tune of Despacito while Paul moved the corpses mouth to mime the Justin Beiber parts.

Two hours after the video had been deleted, Paul posted an apology on Twitter.

“Let’s start with this. I’m sorry. Again. I never meant to offend anybody when I posted a video where I unbox a coffin, check out the cool collectibles inside, take out the corpse, and deadlift it. LOL! Sorry, just remembering that joke. Fuckin’ classic. Anyway, all I wanted to do was raise awareness about death, which is a very serious issue because if you are dead you can’t like and subscribe. #logang #maverick”

YouTube issued a statement in response to the controversial behavior.

“We do not condone Mr. Paul’s behavior even though we do profit from it,” a YouTube spokesperson said. “Mr. Paul must take responsibility for the broad platform we allow him to abuse time and time again. At this point, we are prepared to have meetings to consider weighing the option of potentially demonetizing his channel. We implore Mr. Paul to explore more advertiser friendly content, such as plagiarized video game reviews or monetized reaction videos to mass shootings.”

At press time, Paul had just announced a charity boxing match between him and the corpse he’d dug up.