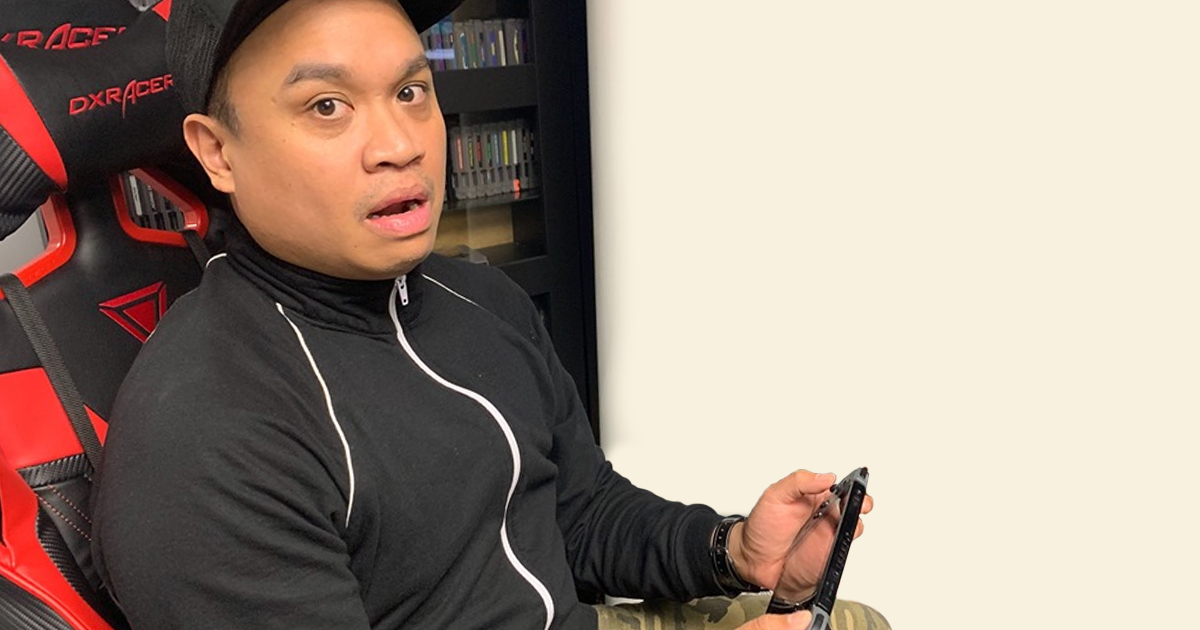 ALBANY, N.Y. — After reading a handful of articles from video game website Hard Drive, local gamer and avid internet user Peter Bauer told friends that he is “in this photo” and, according to those familiar with the situation, “does not like it.”

“I’m legitimately starting to freak out that their writers are actually following me around and writing about my real life,” said the increasingly paranoid Bauer, despite the fact that there’s no way Hard Drive would ever do such a thing; they don’t even live in upstate New York. “Sometimes I do some very specific things that show up in articles the very same day. How is that a coincidence?!”

“OK here’s an example. Just the other day they published an article titled ‘Heartbreaking: Man Too Good at Fighting Game to Enjoy Playing Against Friends But Not Good Enough to Play Competitively,’” Bauer continued, pacing around his living room. “How can that be anyone but me? Who else in the world could that possibly be about?!”

Despite Bauer’s insistence that Hard Drive is writing about his life specifically, staff at the website have denied all such claims.

“Yeah it’s totally absurd to think that we’re just sitting around stealing stories from some random guy named — what did you say it was, Peter something? Peter Bauer?” said Hard Drive Editor in Chief Jeremy Kaplowitz, chuckling, despite no one ever mentioning Peter’s name in the conversation before he did. “The fact of the matter is that our articles are very relatable to a lot of people. We’re not reporting on one specific person, we’re reporting on all gamers around the world. Besides, this Peter guy’s windows are such that it is very hard to peer into them, so it’s just total nonsense to suggest we’re literally using his life.”

As of press time, oh boy, Peter’s gonna flip when he sees this one.