Kinky Cartridge Loves When You Spit in Its Mouth 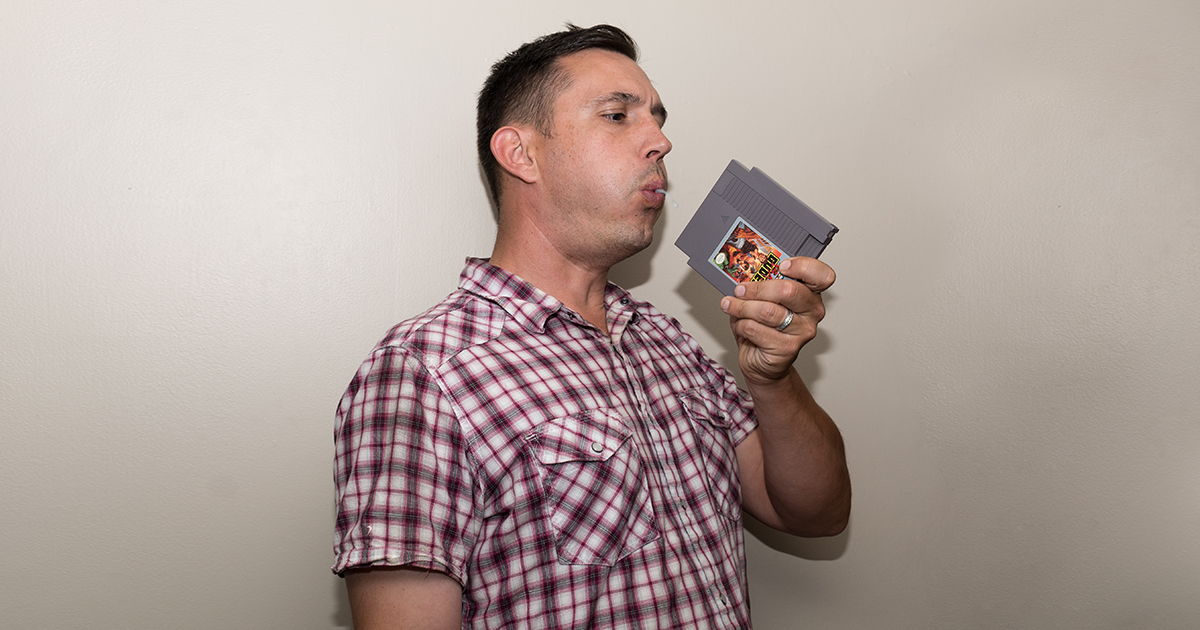 GLEN ROCK, N.J. — Alan Burton was shocked to find that his copy of Bad Dudes for the NES would only work when you spit into its sultry opening after finding a box of his childhood video games tucked away in his mom’s attic, today.

“I always knew that you had to blow into the cartridge,” Burton said. “But to spit in it—and I’m talking loogie and everything—that’s just obscene.”

When questioned on the merit of this claim, current president and CEO of Nintendo, Tatsumi Kimishima didn’t sparse his words.

“Most of our cartridge games function properly without any need for blowing… Most.” He went on: “Some require a little extra push.”

After a night of playing Bad Dudes with his friends, Burton claims that the game crossed the room while everyone was asleep. Lamar Thompson, a close friend of Burton’s, noted how strange Burton’s claims were.

“It was the weirdest shit,” said Thompson. “Alan just like, yells and wakes everyone up and we all look to see him holding the game with a sticky note on it that said ‘More, Daddy.’ We all thought it was his weird way of asking us to a rematch after losing every race.”

When asked what his plan for the game was, he said he’d like to hang on to it but isn’t sure it is worth the cost.” “It’s getting worse every day. Seriously, watch this.”

Burton then approached his NES and took out the Bad Dudes cartridge. “I love this game.” Burton said forcefully. “It’s perfect. It’s a classic. I don’t get tired of punching ninjas.”

“I love you too, Alan,” the cartridge shockingly spoke. “And I have needs too.”