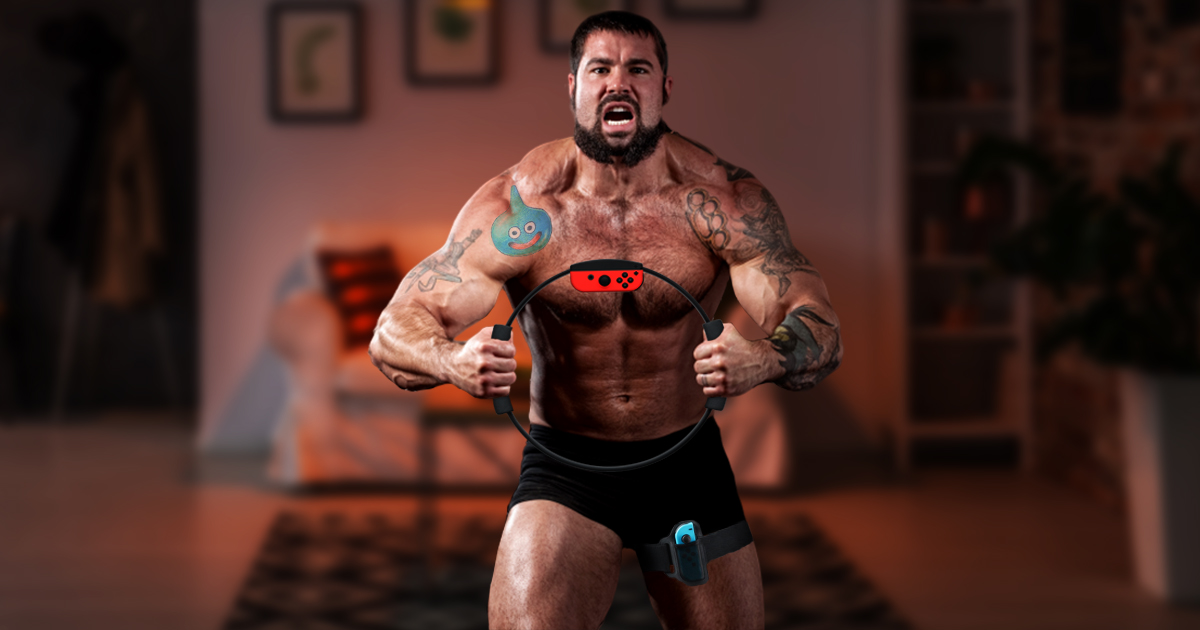 While Jason’s first play session started normally, things soon veered out of control when Thorne realized he could replay missions over and over to grind experience points, dismissing the game’s repeated pleas for him to cool down and stretch.

“Once I started figuring out how to optimize my attacks, things really clicked into place,” Thorne said, struggling to speak through the two massive pecs blocking his mouth. “For example, Squats can only hit a single target for 30 HP, but Wide Squats deal massive AoE damage. They were really hard to execute at first, but once my glutes started leveling up, I was landing crit after crit.”

According to Thorne, he was able to min-max his muscle distribution by multiclassing in arms, legs, and stomach. By constantly cycling his attack types to maximize his gains, Thorne soon became an amorphous blob of pure muscle mass. By the time he reached the game’s final boss, his arms had become so huge that he accidentally snapped the Ring-Con peripheral in half during an Overhead Press attack.

As word of Thorne’s transformation spread, bodybuilders from around the country started buying copies of Ring Fit Adventure to try and mimic his routine. While many were able to properly pull off the game’s exercises, few were able to grasp the traditional RPG mechanics.

“I have no idea how he does it,” exasperated bodybuilder Mitch Keene wondered. “I’m nailing my planks, but this Dragaux boss just keeps healing himself. I mean, come on, that’s just unfair. And I thought leg day was tough!”