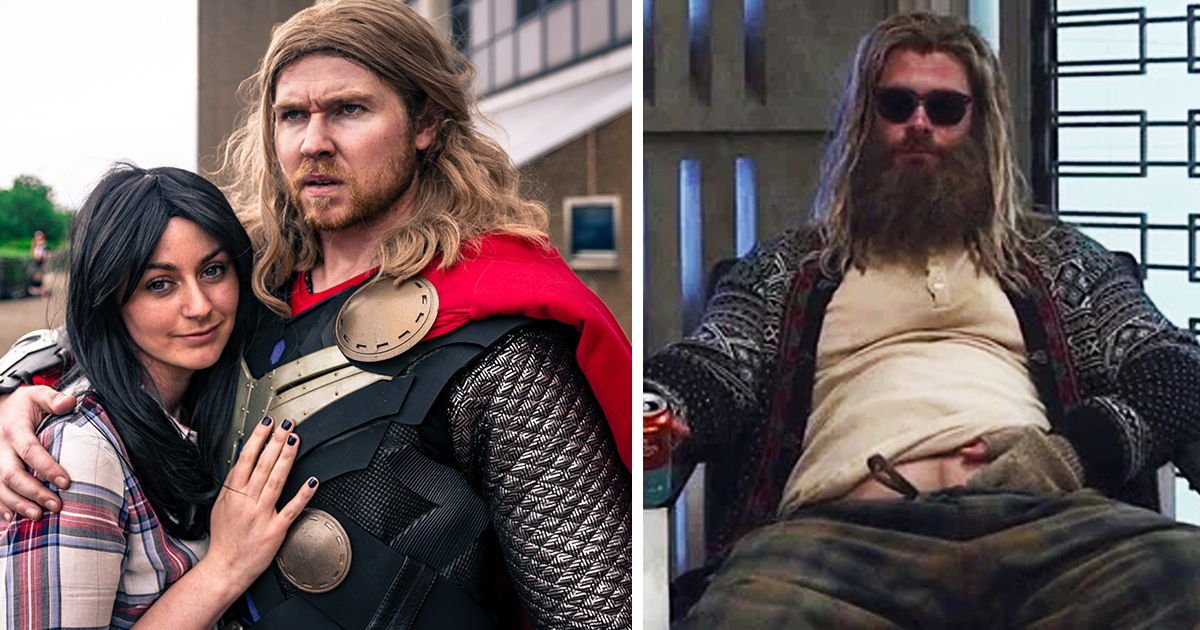 MEMPHIS, Tenn. — A perfectly symmetrical, toned, effortlessly attractive man drew criticism from the schlub community this weekend after he was spotted at a local Halloween event wearing a store-bought Thor costume.

Witnesses have identified the man as local hot guy Jackson Thorpe, 26, who allegedly bought the costume at a local Halloween pop-up shop on the way to the party. Various schlubs, oafs and dopes have called his costume choice “egregiously insensitive.”

“A guy like that can’t just go around dressed as Thor anymore, not after this past year. We sweaty losers finally have a legitimate superhero costume we can wear that isn’t Clark Kent, Oogie Boogie, or Mr. Incredible,” said Luke Burke, a local man whose “Fat Thor” costume faded in comparison to the skin tight fabric rippling over Thorpe’s torso. “Even that one, you kind of need to be a dad for.”

The costume drew immediate reactions from members of the schlub community in attendance at the party, most of them wearing no costumes at all, or orange t-shirts with older-looking navy blazers on top of them. Sources claimed they had already been infuriated about “the possibility of this even happening” in the Uber Pool to the party.

“He’s basically the Scarlett Johansson of this party right now,” added Terrell Zane, Burke’s friend and only plus one, ever, to anything for the past several years.

According to those familiar with the situation, the toned adonis was seen shouting “THIS. IS. SPARTA!” in an Instagram story while a group of people surrounding him laughed loudly, clapped, and started chanting “He-Man! He-Man! He-Man!”

“This has gotten completely out of hand,” said Burke. “I mean, I think he called it ‘Rag & Rock’ at some point, doesn’t want to get into my theories about how Cap might’ve returned the soul stone, and I’m not even sure if he’s seen any of the Thor movies. You shouldn’t get to dress as Thor until you’ve forced yourself to enjoy The Dark World.”

The press was not able to get a comment from Thorpe, the objectively attractive and seemingly friendly, overall happy person dressed as Thor. However, he did ask one reporter, “Hey man, have you seen my mallet?”