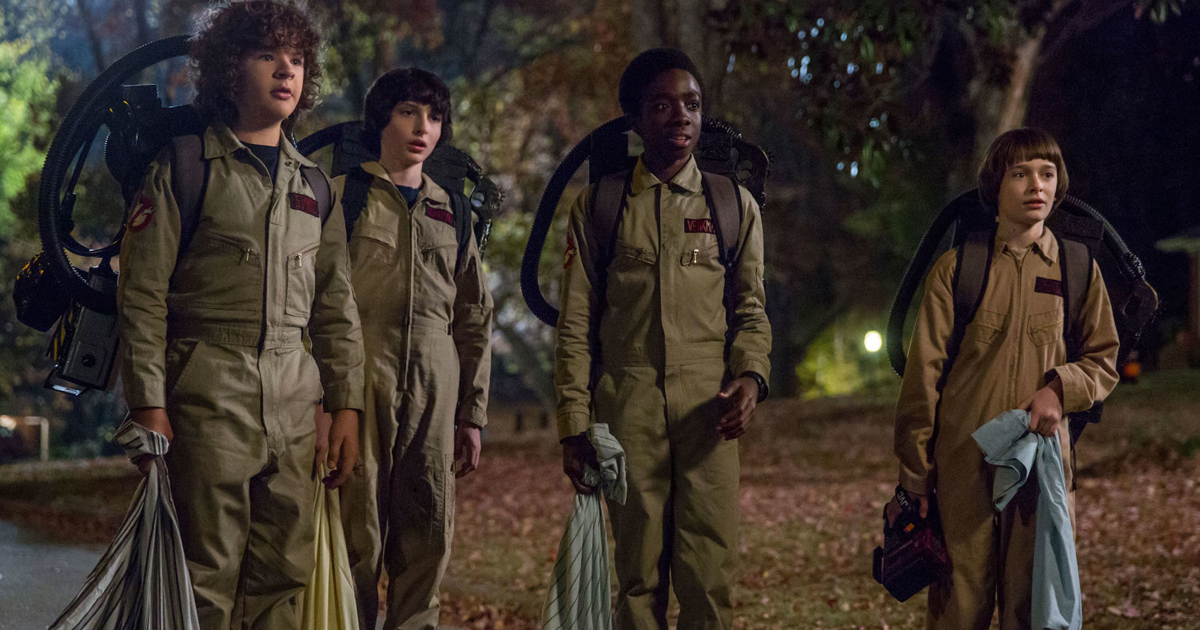 “Stranger Things” just got picked up for a third season, and it’s easy to see why. The awesome Netflix series mixes science fiction with the everyday drama of being a kid in a small town.

But there’s plenty of mystery, too.

For example, one popular fan theory puts the “Stranger Things” timeline squarely in the 1980s.

Sounds wild, right? But there’s plenty of evidence supporting this insane theory. If you weren’t paying close attention, you might have missed it.

Still don’t believe it? You will after you see this. Season 2 really dropped some clues, and eagle-eyed fans were there to spot them. So strap in, because it’s about to get crazy.

At the start of the season 2 premiere, the kids are gathering up quarters so they can go to the local arcade to play “Dragon’s Lair,” a Don Bluth-animated game. If you stop and look, you can see around half the quarters lack the tell-tale copper ring around the edges present in quarters minted after 1965. That combination of old and new quarters could only exist in the 1980s! Another huge clue comes in season 2, when Nancy and Jonathan are walking down the hallway of the school. Nancy asks Jonathan if he’s coming to the party that night, but jokingly says he’ll probably just sit at home and listen to Talking Heads and read Kurt Vonnegut. If you’re paying attention, you can see Nancy is holding a Trapper Keeper, an organizational product for school kids that saw peak popularity in — you guessed it — the 1980s! But the biggest clue, the one that proves beyond a shadow of a doubt as to what era this creepy science fiction show is supposed to be set in, comes as the boys are leaving to go trick or treating.

All four of them are wearing Ghostbusters jumpsuits, complete with proton packs, as the theme from 1983’s “Ghostbusters” plays over the onscreen action. As Will prepares to leave, Jonathan snaps a photo of him in full costume … using a Pentax K1000 film camera, one of the most popular consumer-grade cameras of the 1980s! What do you think? Is there a compelling case to be made here? Certainly seems like “Stranger Things” is COULD be set in the 1980s, but with such infrequent, downright sparse references to the Eighties interspersed in the show, it’s tough to know for sure. Maybe season 3 will finally answer the question once and for all!