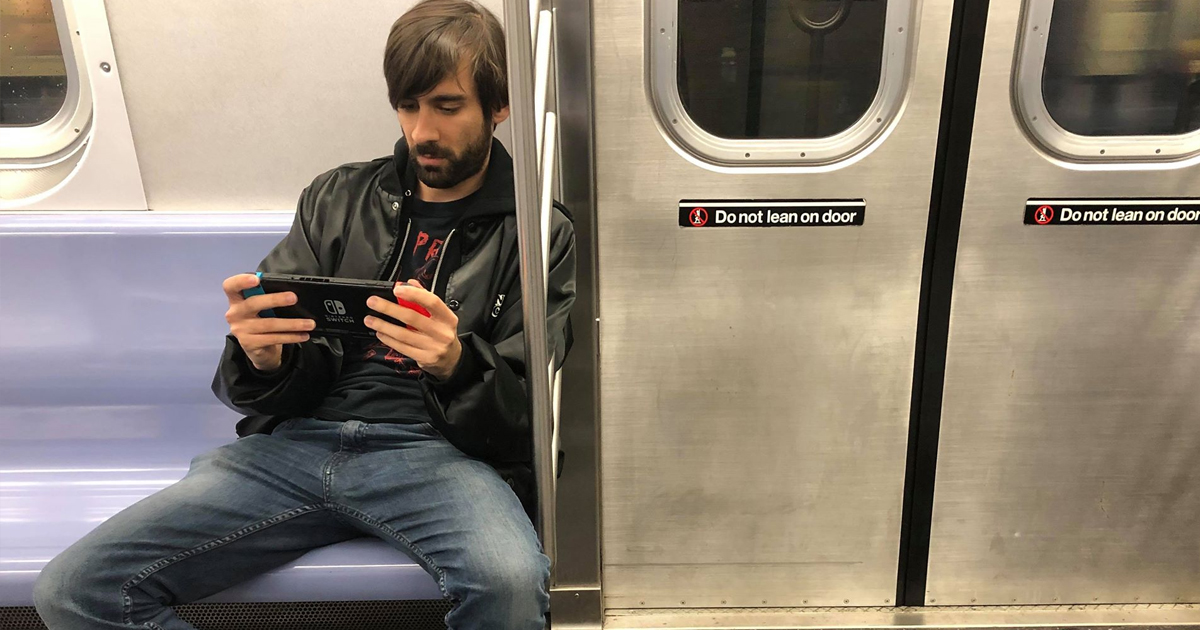 NEW YORK — Rebecca Sheenan showed there’s still kindness in the world when she gave up her seat to a fellow passenger playing his Nintendo Switch, several riders on the A-Line have confirmed.

“When I saw him standing there grinding through a Dead Cells run in handheld, I knew I had to help him out,” said Sheenan, eight months pregnant. “The game already has frame-rate issues when playing on an undocked Switch, and the last thing he needed was someone bumping into him right before he beat The Hand of the King. It was the least I could do.”

Sheenan’s actions touched the gamer, Rick Desideri, who was not expecting such compassion from a complete stranger.

“I was in The Ramparts when I felt a hand on my shoulder. I thought someone was trying to get by me, or worse, trying to mess up my run. I was ready to tell them to ‘screw off,’” Desideri said. “When I turned around, Rebecca gave me the sweetest smile and gestured to her seat. I just about cried. You don’t see that sort of selflessness anymore — especially on a crowded subway car.”

Several A-Line passengers who saw the generous display reportedly carried that positive energy throughout the day.

“I was nervous when I had to take the subway by myself from my daughter’s home to the hospital for my hip replacement surgery,” said Maggie Calloway, who was standing with her walker on the other side of the car. “But after I saw that woman give up her seat to that young man so he could make it to The Black Bridge, I was reminded that I’m not in this alone.”

Others reflected on how they could learn from and replicate Sheenan’s attitude in their own lives.

“These are polarizing times. Anger and division are everywhere,” said Brad Griffith, who was standing near Desideri and happens to be one of the last living World War II veterans. “We need to be more intentional in helping each other reach The Collector, Dead Cells’ true last boss,” “That pregnant woman showed me a gentler, more considerate way of being. We all need to be more like Rebecca Sheenan.”

Sheenan exited the train before Desideri could thank her, but he hopes she knows he’s grateful, and that, although his Switch’s battery died when he was in the Forgotten Sepulcher, Sheenan’s goodwill still made his day.