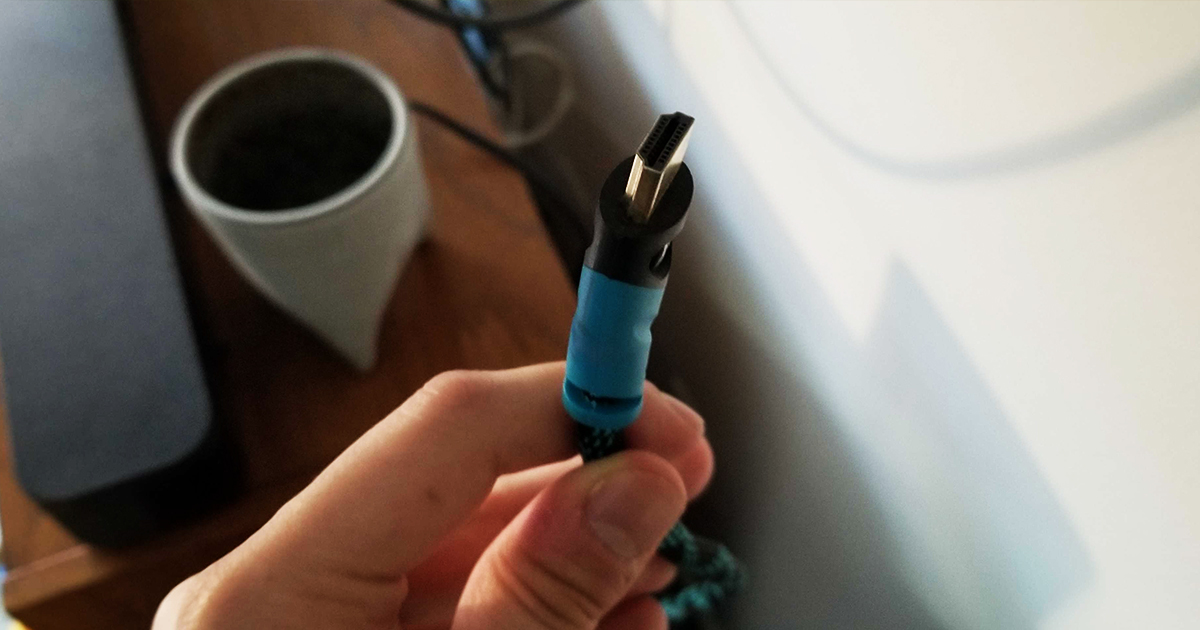 SHAMONG, N.J. — After attempting to disconnect her Xbox One, local gamer Kim Mahoney discovered that her HDMI cord was apparently connected to a bottomless chasm from which no mortal could return.

“I don’t really go back there much, so I knew it was gonna be messy,” Mahoney explained, “but I was honestly surprised at the yawning depth of the impenetrable darkness lain before me. I stared into the void, and the void offered little in return beyond despair and a harrowing reminder of my own mortality.”

As she sought to reach the other end of the HDMI cord, Mahoney weaved her arm between unidentifiable wires, surge protectors, and most of all, absence manifest—to no avail.

“It’s so annoying,” an exasperated Mahoney sighed. “I just wanted to clean up the arrangement of my home entertainment system, and instead I got enveloped in the crevasse separating my dwelling from the unknowable realm living within the pitch black cavity we know colloquially as ‘the space between the TV and the wall.’”

“Plus,” Mahoney added, “it’s all dusty back there!”

The vacuum of space consuming her HDMI cord was far from the only portal into oblivion Mahoney identified in her apartment.

“Just the other day, I dropped one of my Switch cartridges between the couch cushions,” Mahoney recalled. “I went to fish it out, and my feeble scrawny hand was no match for the profound emptiness that pervades all things.”

“To wit,” Mahoney continued, “when I opened my closet earlier today in search of DK Bongos, what I found was not DK Bongos at all, but a ceaseless vacuity of nothingness. The exact opposite, in fact, of DK Bongos.”

At press time, Mahoney balked at the suggestion that she simply move her media console 6 inches forward to see where the HDMI cord was actually connected.