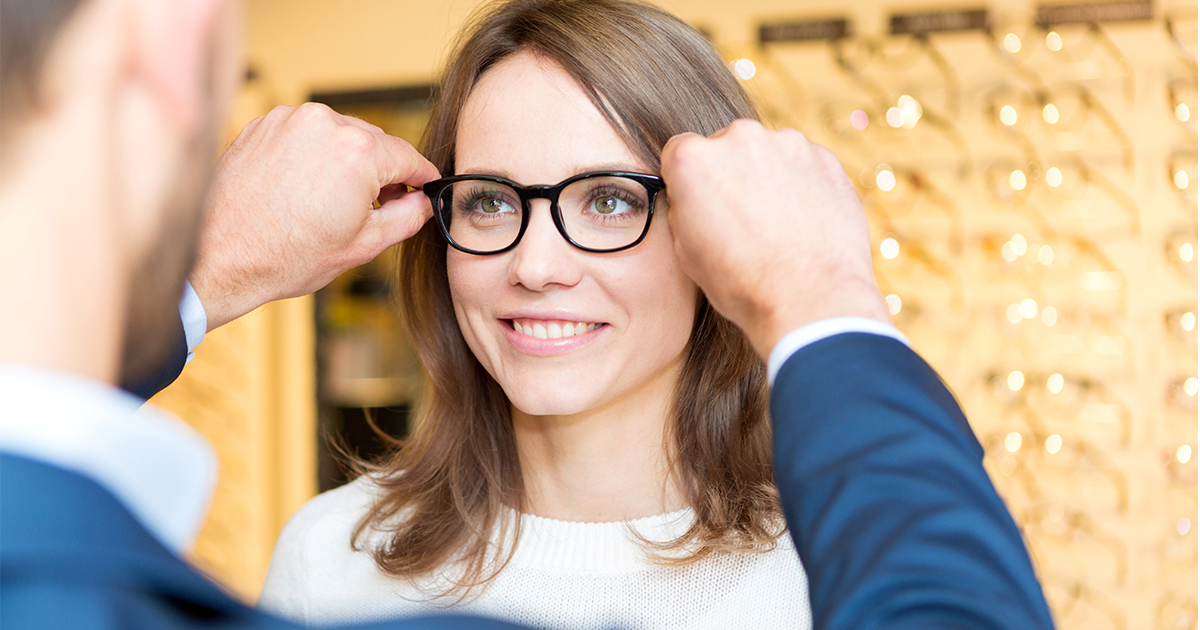 “This bad boy’s got an impressive -2.25 SPH and -1.75 CYL, coupled with a slim but respectable 10% tint — and that’s just in the right eye,” said Lotz, gazing around in wonder in the LensCrafters parking lot. “I mean, just look how crisply well-defined these trees are. It’s actually rendering crystal-clear details on individual leaves.”

Sources inside the LensCrafters reported that Lotz had spent nearly four hours perusing the different options, grilling the store employees on everything from lens thickness to nose pad durability.

“This lady walked in and immediately started going on about ‘prism deltas’ and ‘advanced shadowing technology,’” said LensCrafters manager Simone Hahn. “‘What’s the frame rate?’ she asked. I said the glasses cost $70 dollars. She just stared at me blankly.”

Additional sources confirmed that the rest of the LensCrafters staff had repeatedly informed Lotz that all they needed was the prescription her eye doctor gave her, but to no avail.

“For awhile I was torn between the transparent and tortoiseshell skins, but all the forums said that the real deciding factor should be my personal PD — that’s ‘pupillary distance,’” continued Lotz, smirking. “My old setup wasn’t too shabby, but with this upgrade, I’ll be operating at peak performance.”

At press time, sources from Lotz’s home reported that her new and improved vision revealed that the graphics of the video game she was playing actually kind of sucked.