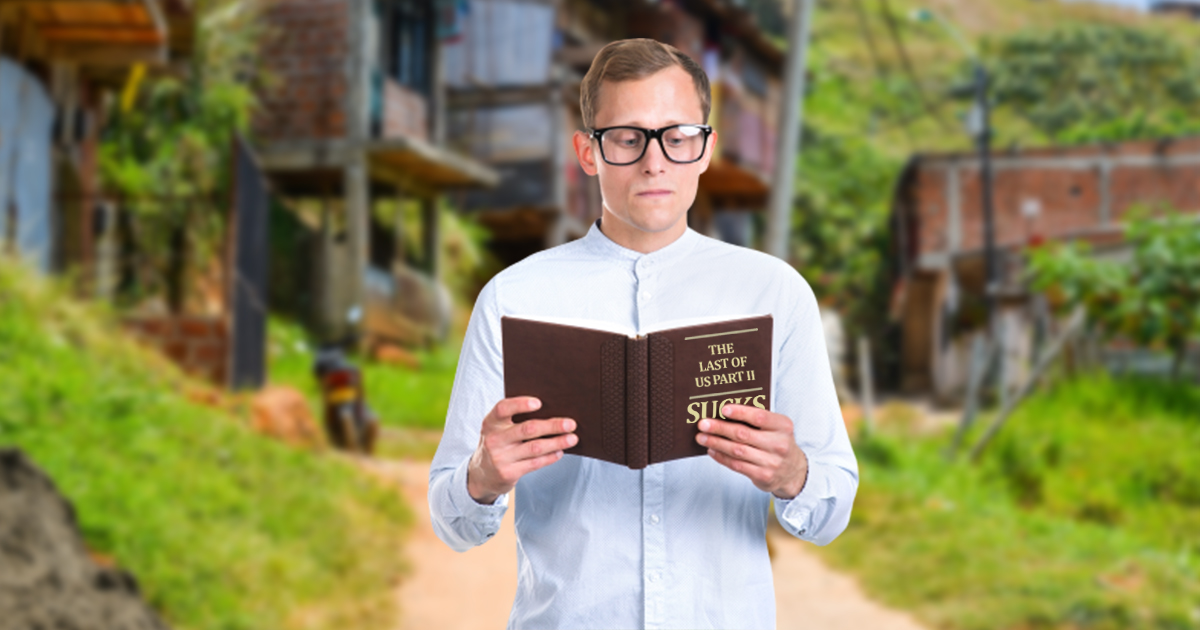 UGANDA — A devout gamer has voyaged to a third world country on a missionary trip to inform the poor villagers there that The Last of Us franchise is not as good as everyone says it is.

“Do you see this cell phone?” Donovan Carter asked a crowd of gathered children inside of an orphanage in the town of Jinja. “In America we use these to watch trailers for games that promise a level of immersion comparable to cinema only to be subjected to the same basic puzzles and platforming Naughty Dog has been doing variations on for decades. Oh, and if you point this out you being pretentious and contrarian at best, or problematic at worst. You’re all so fortunate not to have Twitter. ”

He regaled the children, most of whom have no access to running water, with stories of inflated Metacritic ratings and biased reviews, and even used a ladder at one point to demonstrate what he felt were tedious and redundant mechanics one encounters throughout the games.

“I am so glad Donovan is following his heart and spreading the good word,” said Doug Carter, Donovan’s father. “I grew up making him play PC games every weekend so that he would know not to believe that radical bullshit his friends were going to try to corrupt him with; that consoles are a worthy way to live your life. Luckily my son knows not to give in to the easy path of sin and accessibility.”

The villagers were reportedly very impressed with the gadgetry and extravagance of the civilized world.

“The man was so nice,” one young woman said through a translator. “He set up a wireless internet network and showed us how to log on to different websites and register our displeasure with their findings. I will always remember this angry man, and everything he did for me and my village.”

As of press time, Carter was missing and presumed dead from his latest trip, wherein he was going to bring handheld gaming to a civilization that had never seen electricity.