Gamer Can’t Help But Hear ‘Continue?’ Every Day When Waking Up 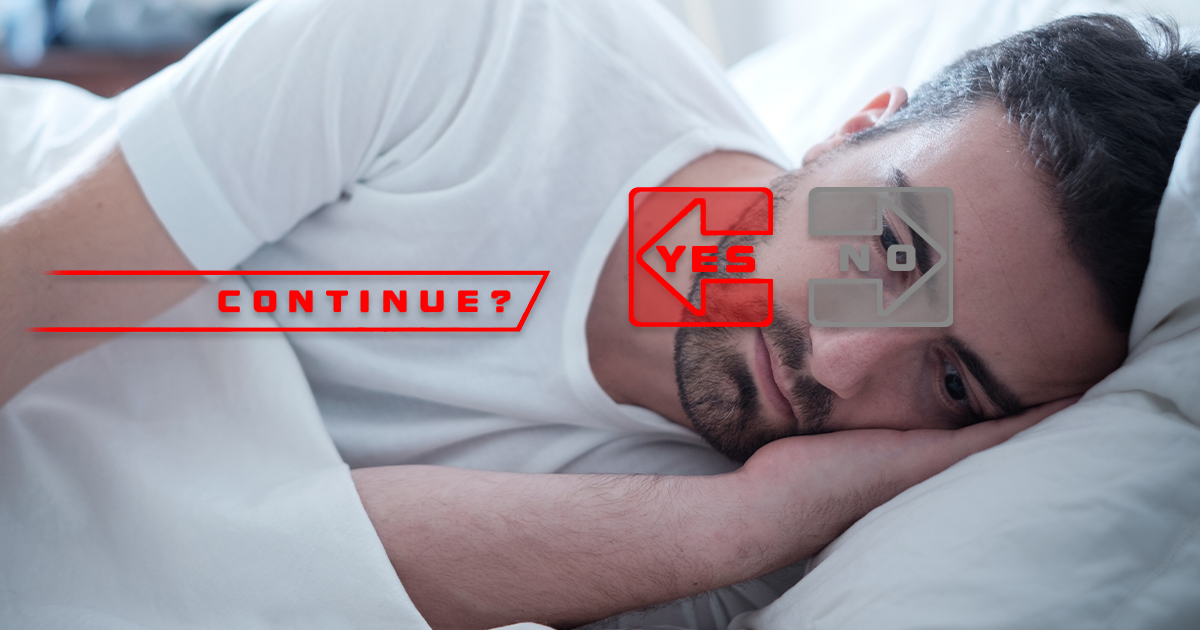 ALBUQUERQUE, N.M. — Local gamer Stephen McLaughlin can’t help but hear the voice of the Super Smash Bros. Melee announcer saying “Continue?” every single time he wakes up in the morning.

“I guess you could say I feel like a fallen Falco trophy, laying on its side after getting yeeted by a giant metal Yoshi, wondering if it’s even worth picking myself back up again,” McLaughlin said. “I wake up each morning, staring at the ceiling of my studio apartment, switching back and forth between the YES and NO buttons. I always pick yes, though… even if it means losing points. I guess at the end of the day I just feel like I gotta keep living life until I face my Master Hand.”

Those close to McLaughlin have expressed concern about his emotional state.

“Yeah I know why he hears ‘Continue?’ every time he wakes up. I hear it too. It’s because he fucking whispers it to himself every morning,” said McLaughlin’s boyfriend, Kris Carl. “I keep telling him to go see a therapist. Not just because mentally he’s in the same place as a goddamn Melee trophy, but I’m pretty sure he has OCD. But he’s afraid that if he treats his undiagnosed OCD, he’ll stop having the drive to practice waveshine drills for four hours a day. I keep telling him, that’s not OCD. That’s passion. That’s what makes me so attracted to him. He’s a killer on the battlefield, not to mention the final destination.”

When reached for comment, Melee voice actor Dean Harrington said that he was pleased to hear his voice had such an impact on McLaughlin.

“Is it sad that Stephen struggles to get out of bed each morning? Sure. But do I appreciate that I get to be a small part of his life in this way? Absolutely,” explained Harrington, his voice echoing through the room like an emcee at a boxing match. “Many people tell me they hear my voice in their everyday lives. Some people hear me say ‘Link!’ when they click a URL, some people hear me say ‘Go!’ every time they head to work, and most frequently, many people tell me they hear me yell ‘Multi-Man Melee!’ every time they get into a drunken fist fight with five or six guys at a bar. It is the honor of my life that I get to be a part of these people’s journeys.”

At press time, McLaughlin reportedly woke up and promptly went back to sleep after whispering to himself, “Failure.”