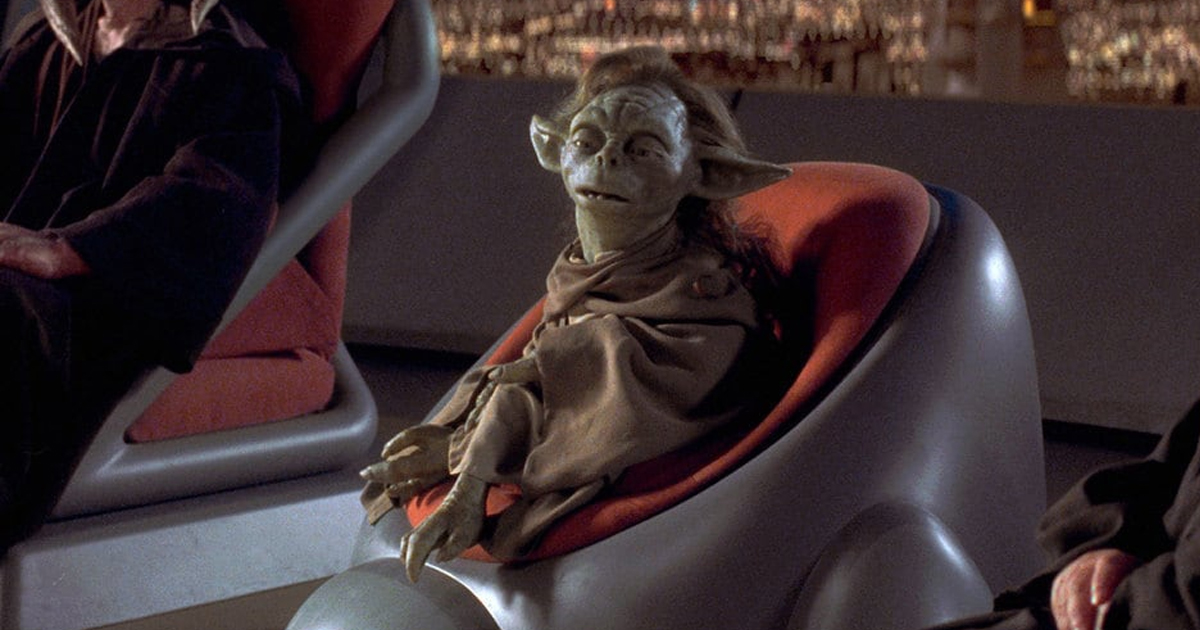 Fifty years is a long time. Almost as long as my nipples after half a century of breastfeeding. Seriously, my poor areolas are as tattered and listless as the sails of a ghost ship. And why? Because I’m Baby Yoda’s goddamn birth mother, that’s why.

So imagine how shocked I was to discover that some helmet-head is getting his beskar cup sucked for FUCKING SELLING MY BABY TO WERNER HERZOG. You’re telling me that I took MULTIPLE DECADES of maternity leave from space wizardry just to get my thunder stolen by a tin man with a blacksmith fetish?

And I miss working. The only time I use my lightsaber anymore is to slice up the latest breast pump that has failed me. I’ll show YOU a “ten year warranty.”

The galaxy may be far, far away. Another thing that’s far, far away is my breasts after fifty years of daily suckling. I stopped getting pedicures because I was tired of having to push my tits out of the way. At this point lifting my boobs off the ground would require some kind of colossal act of space wizardry HMM DO YOU KNOW ANY WELL-ADJUSTED CHILDREN CAPABLE OF SUCH AN ACT?????!!!

But was this sacrifice rewarded? Do I get my own TV show? No, that honor goes to some titanium-ass scarecrow who spends half the series locking MY baby in a goddamn floating orb. Is there even a fucking blanket in there, you shiny, dickless freelancer?

Look, I’m thrilled to have my INFANT SON’S primary caretaker teach him emotions ranging from ‘coldly stoic’ to ‘WAIT THAT’S STILL THE SAME EXPRESSION BECAUSE YOU’VE NEVER TAKEN YOUR GODDAMN HELMET OFF.’  You can’t raise a kid without eye contact or human emotion. Just ask my father. This is “the way”? Yeah, the way to raise a weird-ass baby with no social skills!

I hope someone locks YOU in the unpadded compartment of a spaceship with no lightsource. I can’t believe I’m saying this, but I wish you would have left my little boy with Werner Herzog!