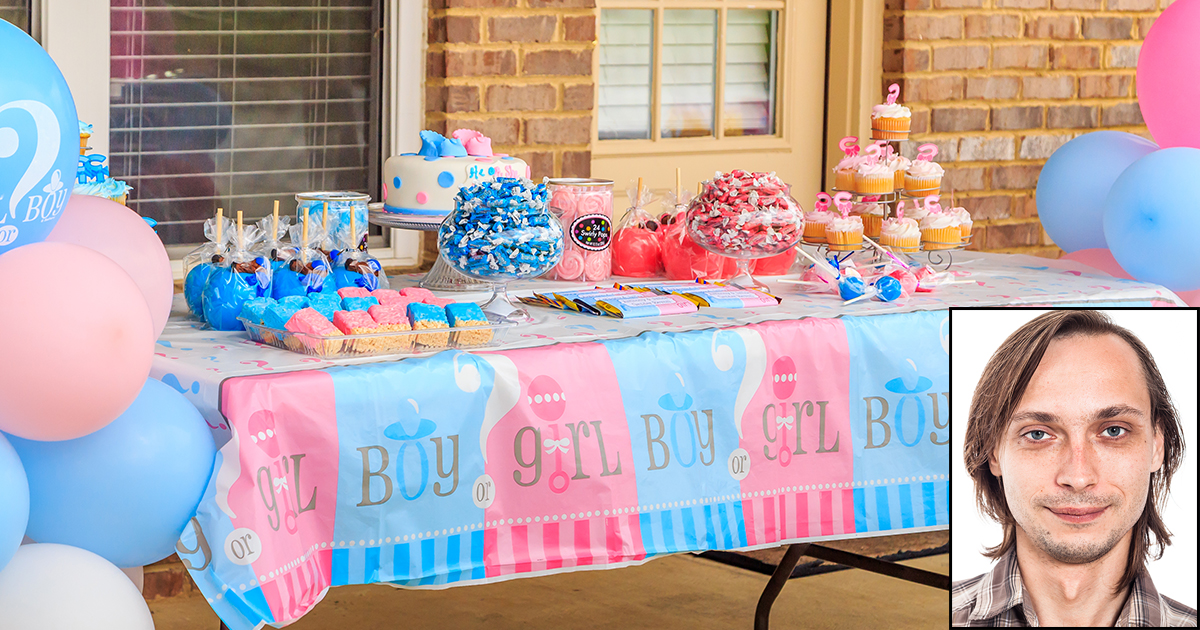 “Ugh, now [Todd and Cindy] are forcing diversity on us,” he said, shortly after a balloon was punctured with a blow dart, revealing pink smoke. “It just feels so forced. Cindy is a girl, why isn’t that enough? Oh let me guess, the next baby after this is going to be black and gay or come out in a wheelchair or something? I really wish we could get together as a family and not have politics or social justice bullshit come up. I will be henceforth boycotting any family function involving this new female character!”

Despite Mitch’s vocal protests and please with others to join his cause, the announcement of Todd and Cindy Doyle’s third child was met with much joy from the rest of the family.

“We’ve always supported everything Todd and Cindy have put out,” said Elenor Taft, mother of Cindy and Mitch. “Mitch is obviously a little upset just because he loves playing with his nephews so much, I think he was really hoping for a third one. I tried telling him that Aiden and Austin are still going to be around but he said they’re the old ones now and that they were ‘obsolete.’ Poor guy’s really upset about this. I gave him some juice and sent him inside with his Switch Lite, I’m hoping he calms down and stops asking everyone to debate him.”

Despite the controversy surrounding the announcement, Cindy Doyle reported being happy that her brother was able to attend the event.

“Yeah, he caused a scene and all that, but honestly, I’m just thrilled that he actually showed up,” she said. “The first one of these we did he missed because he had to watch some guys play a game online, and then he stayed home and called the SWAT team on us last time. I forget what he was even mad about at the time, but he was pretty worked up about something silly. Always great to have my irrationally angry brother around at family functions!”

As of press time, Mitch’s online petition to change the sex of his sister’s baby had no signatures. The child is rumored for an early 2020 release.