Freddy Krueger Getting Real Freaked Out By Evangelion Fan’s Dreams 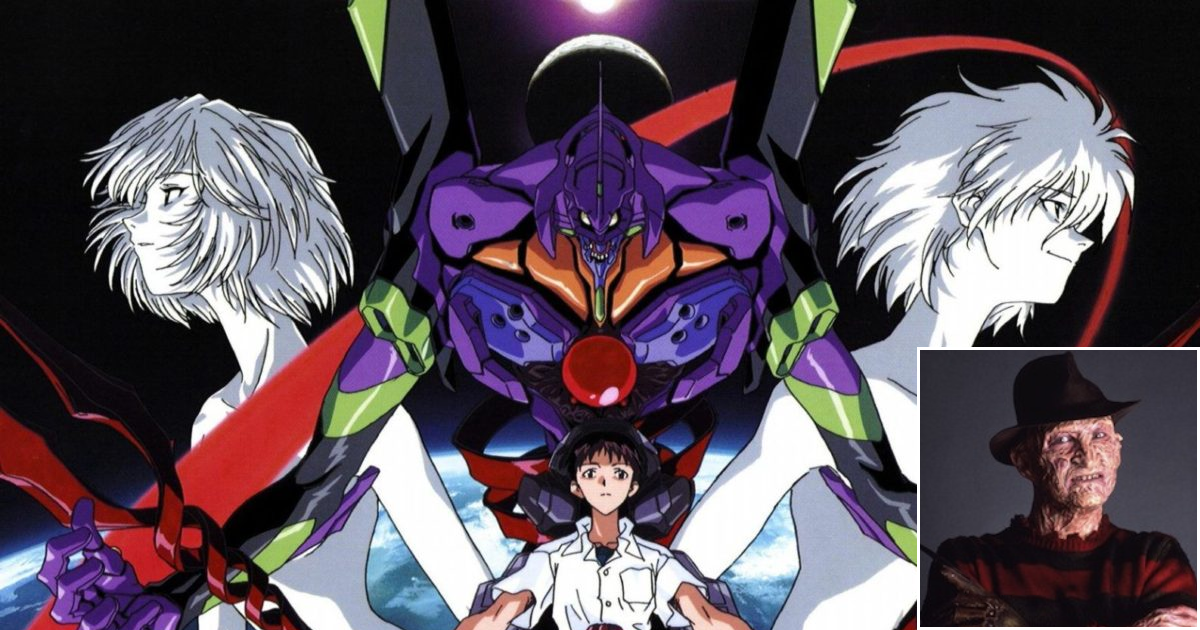 “Some nerd bitch like her should be an easy kill, but things are really weird in here,” said Krueger, shaking himself dry after falling into a bizarre sea of amniotic fluid. “Last night when I was here, I saw this big fucker with a skull face fighting an ugly purple robot, and then this big blue geometric thing floated up into the sky and zapped me with a giant beam of light. What?”

Krueger’s target, self-proclaimed otaku Jill Yeovil, had finished rewatching the new Netflix dub of the classic anime for the fourth time before going to sleep and wreaking further havoc on Krueger with scenes from the original series, several of the reboot films, and even characters from her own fanfiction.

“Why are there now ten really ugly robots eating the big red ugly robot?” asked Krueger, desperately clawing at the NERV geofront to escape. “Why is the red one screaming like a girl? What drugs is this kid on?”

Sources say that everything then began to turn into pitch blackness around Krueger, with flashes of large white letters asking probing existential questions.

At time of writing, Krueger was ejected from Yeovil’s subconscious mind after she woke up screaming in horror from a nightmare that Hideaki Anno had announced Rebuild of Evangelion 4 will never come out.