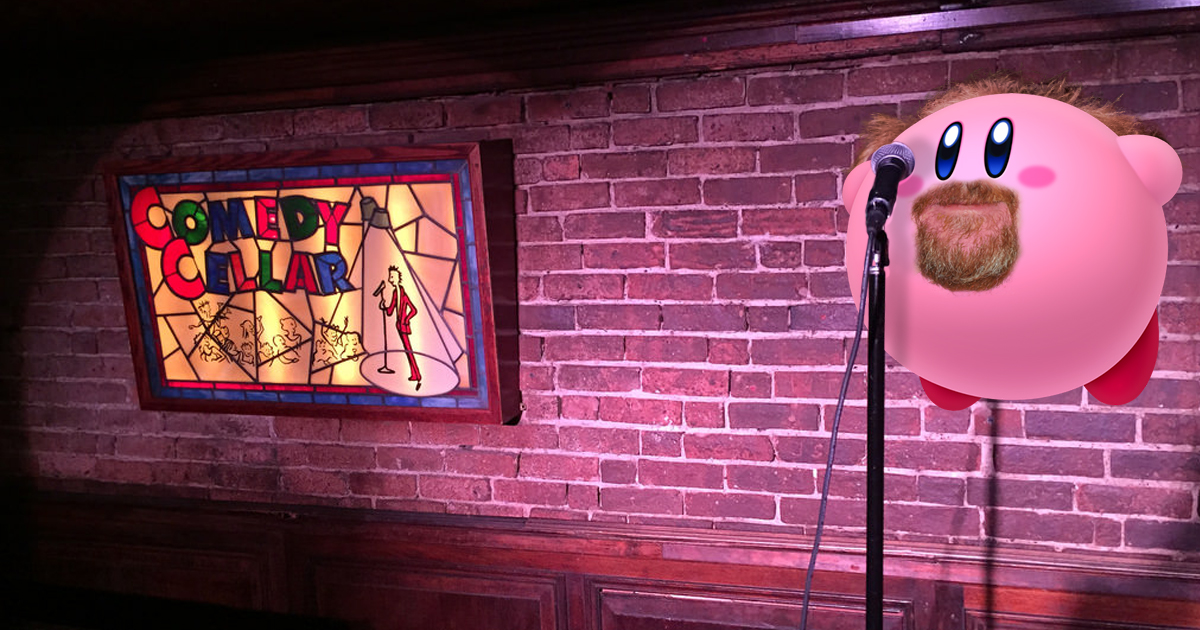 NEW YORK — Fans and performers at the Comedy Cellar last night reportedly kept their distance from comedy newcomer Kirby, following an altercation in which the Nintendo star swallowed Louis CK whole, thereby gaining use of his special ability.

Kirby reportedly objected to the club manager putting the disgraced comedian on his show, Kirby’s Clean Comedy for Cute Kids. Witnesses claim the argument between the two comics escalated until Kirby “got flustered” and sucked Louis CK into his gaping maw.

Everyone avoided contact with him the rest of the night.

“I was psyched to see Kirby out here at the Cellar trying comedy. The guy is an absolute legend in the video game scene,” said audience member Jess McCullers, 32. “But then I heard he inhaled Louie and gained his signature move, and now it’s like, as much as I love Kirby’s previous work, I’m not super comfortable being close to him.”

Other performers on the bill expressed similar hesitation.

“I’ve known Kirby a long time. We worked together in the Smash games of course, plus his cameo in Awakening back in ‘93,” said regular performer Link, looking across the room at Kirby, who had grown Louis CK’s trademark red goatee and sideburns. “I love the guy, but I’m keeping away from the comedians table tonight. Gonna stay down here where there’s witnesses. Fucking creep.”

“For someone who literally never speaks, I’m breaking my one rule to warn others,” Link said.

At press time, Kirby had taken the stage and started to tell the audience how hard the last 30 minutes had been for him.