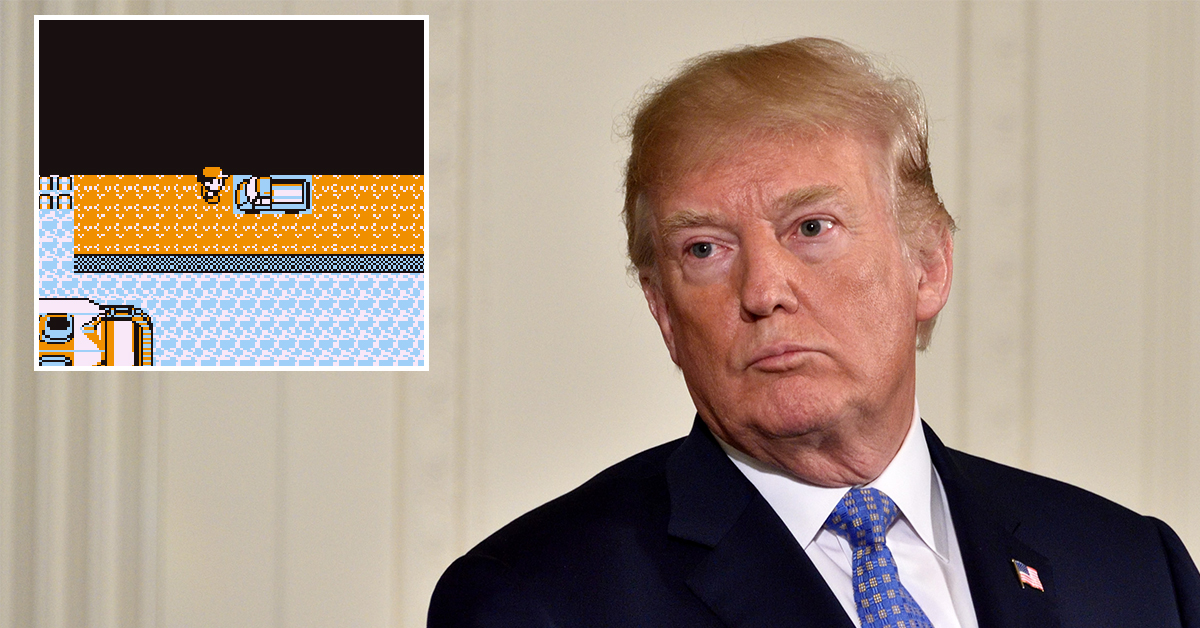 WASHINGTON — President Donald Trump is being attacked by prominent Democrats today after he claimed he found Mew under a truck in his original playthrough of Pokémon Red, a claim many fact checkers are rating “three spicy red peppers,” indicating falsehood.

“Folks, it’s incredibly difficult to find the Mew, I know,” President Trump said at a recent press conference to discuss the spread of coronavirus, which experts now predict may kill up to one million Americans. “It’s under the truck! You have to be very smart to know that, but I found the Mew, I killed the Mew, and then I negotiated with the Mew to join my team. And it was the best Pokémon. Incredibly powerful. There was nothing like it!”

President Trump’s statement has drawn the ire of many, including Democratic candidate for president, Vermont senator Bernie Sanders.

“Here’s thuh thing, you cannot catch a Mew under that truck. The President is simply lying,” Senator Sanders explained during an interview on CNN. “There are only two ways to catch a Mew in Pokémon Red. You can get incredibly lucky — win the lottery, essentially, and get Mew from a glitch — or you can be a member of the wealthiest people in this country, someone who can place their finger on the scales of Pokémon, and purchase a GameShark to hack a Mew into your game. And that is very likely what Mr. Trump did.”

“We need a leader in this country who isn’t going to lie to the American people,” Sanders continued. “When I played through Pokémon — and I had Blue version, thank you very much — my final team was made up of just the working class rats and birds I found in the early areas. I’ve had the same Pokémon team for my entire Pokémon life and I will continue fighting for them as long as I am in Kanto.”

As of press time, when asked to comment, Speaker of the House Nancy Pelosi said she would award President Trump the “Big No No Award,” which is given to liars, and that she would approve of all military action in Iran.