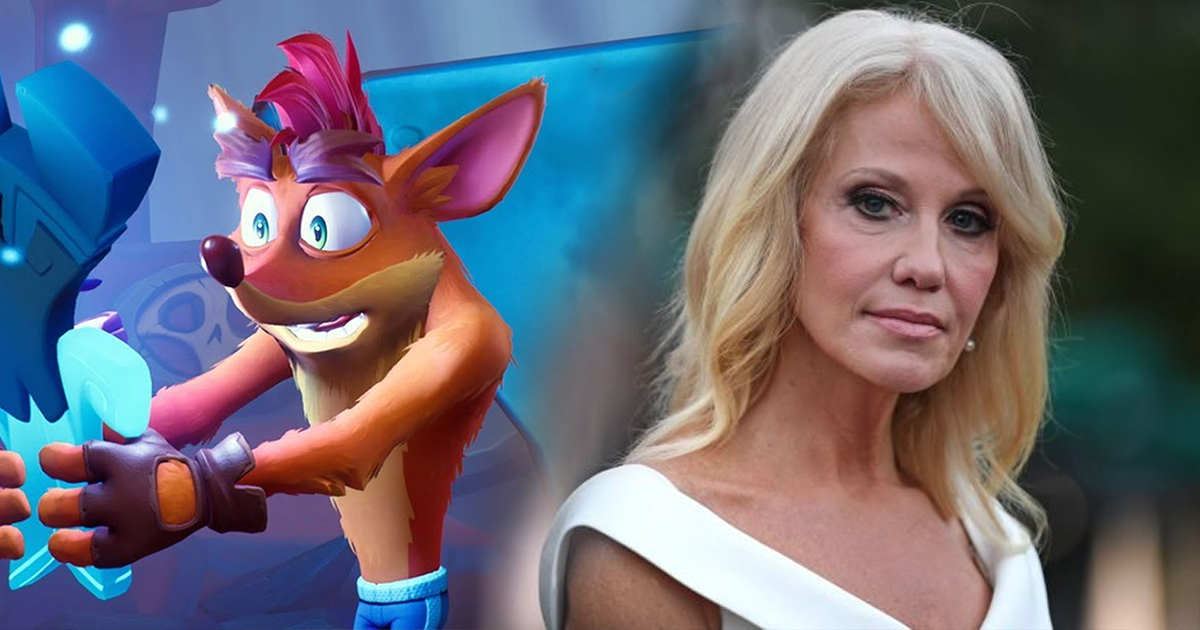 “Guys it’s like not even funny at this point, she’s totally faking it,” Conway said in the video which has been liked 4.2 million times. “She locks herself in the basement with a carton of Parliaments and screams about Cortex Castle being cheap as fuck. If she has a respiratory disease, why does the house smell like an ashtray fucked a donkey?”

Claudia Conway explained that her mother’s fixation on Sony’s flagship character began in the ‘90s when Crash Bandicoot first released on PlayStation. Her mother was initially drawn to the commercials featuring a live-action Crash mascot using a megaphone to yell at Nintendo HQ.

“She loved the attacks on Nintendo because it’s a Japanese company and she hates Japan, totally missing the fact Sony is Japanese because whatever,” said Conway. “She acts like that Bandicoot is some kind of fucking American folk hero.”

“Those were Crash talking points during those debates, no doubt about it. When he told Hillary ‘Extreme Drain the Swamp!’ that was straight from Conway’s love of Crash,” says former Trump adviser Steve Bannon. “She even got him to start calling her Tawna. Creepy.”

“The White House has categorically denied the allegations that Conway is faking her illness so she can spend time reconnecting with her beloved franchise. Despite the allure of a brand-new Crash Bandicoot adventure. According to White House Press Secretary Kayleigh McEnany, Conway is focused on her health and her role as a key advisor to the leader of the free world.

“Any suggestion that this illness is a fabrication is simply lies from the liberal left being amplified by the fake news media,” she said in a press conference earlier today. “The fact is Ms.Conway is very, very sick and plans to stay in, get some rest, and stay hydrated with plenty of Mtn Dew GameFuel. Doctor’s orders.”

At press time, Claudia Conway posted an apology tweet, revealing that her mother had died of COVID-19.