Can You Violate the Geneva Conventions in Halo 3, Horizon Zero Dawn, and Pac-Man? 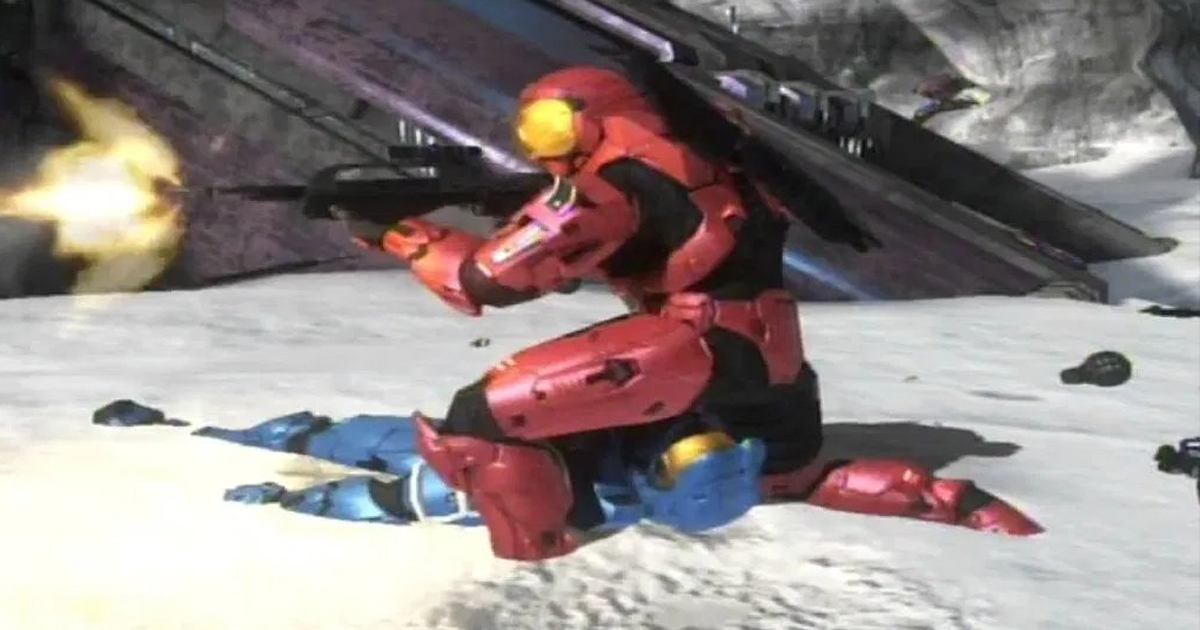 South Korea, 1950: U.S. soldiers kill an undetermined amount of refugees on a railroad bridge southeast of Seoul. Rather than becoming a grotesque stain on America’s record, the horrific event, known as the No Gun Ri Massacre, is simply a footnote in the Infinite Jest-sized book of atrocities committed regularly. Perhaps that’s why it doesn’t even register when we so readily carry out war crimes in video games. That’s why we’re here. It’s time to wake up and find out what other war crimes we have normalized in our favorite games.

You can violate article 34 of Additional Protocol 1 to the Geneva Conventions (respect for the deceased) in Halo 3. pic.twitter.com/HKK12B8tro

Teabagging: the most infamous form of disrespect in all of gaming. Like any game with a crouch button, Halo 3 gives players the option to dip their crotch onto a slain player’s face. If this has ever pissed you off, you had good reason to be mad: this violates the Geneva Conventions. Article 34 of Additional Protocol 1 says, “The remains of persons who have died for reasons related to occupation… shall be respected.” That means it’s your duty as an American to report any player found teabagging to Microsoft AND Interpol.

You can violate the Chemical Weapons Convention in Call of Duty: Modern Warfare, but you are unlikely to be convicted thanks to a loophole that the US military exploited in the Battle of Fallujah. pic.twitter.com/MffJHosNyH

When Call of Duty: Modern Warfare came out, it was subject to a controversy thanks to its use of white phosphorus. On paper, this weapon does in fact violate the Chemical Weapons Convention. However, many countries (including the U.S.) have gotten around this by claiming that white phosphorus’ primary effect is to cloak troops, and the harm it presents to humans is merely an undesired secondary effect. So you may want to refrain from calling this a “killstreak,” lest you might be punished with a light slap on the wrist (America’s harshest form of punishment).

You can violate article 3 of the Geneva Conventions (no violence against troops who have laid down their arms) in Pac-Man. pic.twitter.com/HjB1IfXyJN

In Pac-Man, you can turn the tides of battle by eating a power pellet and chasing down your ghostly enemies. But not so fast! The switch in power dynamics does not put you in the right. Article 3 of each Geneva Convention reminds you that “persons taking no active part in the hostilities, including members of armed forces who have laid down their arms…. shall in all circumstances be treated humanely.” The second these ghosts start fleeing, Pac-Man becomes the very monster that was chasing him. There is no good and evil in war. It strips all of their humanity.

According to Benjamin Netanyahu, you can commit an act of terrorism in Horizon Zero Dawn by throwing a rock at a piece of machinery. pic.twitter.com/RI9DpJvzHT

Despite all the treaties and protocols, different countries and leaders define war crimes in different ways. Take Benjamin Netanyahu, for instance, who claims that a child who throws a rock at a tank is a terrorist. If we apply that same logic to Horizon Zero Dawn, we can classify a young Alloy as a terrorist in the game’s opening scenes as she throws a rock at a killer robot dinosaur 15 times her size. Sorry, we don’t make the rules; take this one up with Ben.

You can violate declaration IV,3 of the Hague Conventions (prohibits form changing bullets, such as hollow-point bullets, which are commonly used by the police) in Virtua Cop 2. pic.twitter.com/0nHakrBEQk