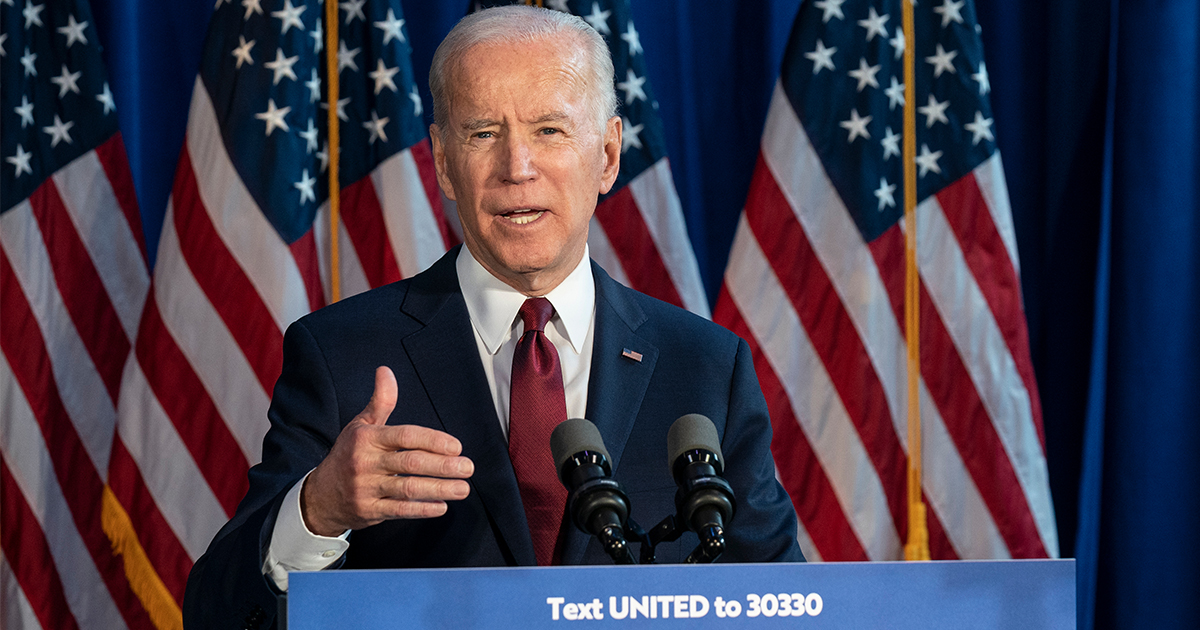 PHILADELPHIA — Staffers within the Joe Biden presidential campaign are reportedly begging the former Vice President to stop mashing the A-button through all of his dialogue options, according to increasingly frustrated sources.

“This has gotten so far out of hand,” lamented Kate Bedingfield, Biden’s communications director and deputy campaign manager. “The man gets in front of a microphone and just starts hammering buttons with reckless abandon. We keep telling him if he doesn’t listen carefully to all of the voice lines and assess the different choices in his dialogue trees, he’s just going to keep missing a ton of important plot points and throwing word salad at the voters, but he refuses to listen! We’ve even tried calling his antics ‘malarkey’ but that had seemingly no effect.”

“If we just skip through all the dialogue now,” Bedingfield continued, “we’re not gonna have any idea what to do once we get control during the presidency.”

Despite the best efforts of the campaign staff, many voters don’t mind Biden’s strange manner of speaking.

“I personally find it kind of endearing,” said one of Biden’s supporters at a recent rally. “I too find myself dumbstruck by the simplest of thought processes, so when I see our would-be president floundering, it makes me feel like I’m one of— becoming the— the thing about— and also— but Bernie Sanders— entirely false!”

With the race narrowing to just two major candidates, the Biden staff is scrambling to find a solution.

“We’ve obviously been trying to get it under control, but we have options if this continues,” explained campaign manager Greg Schultz. “It’s no secret that Bernie Sanders’ campaign has a lot of appeal to the youth vote. We’re looking into ways to leverage Joe’s hatred of thinking critically and marketing him to a variety of younger demographics, like people that primarily play Uncharted. Lot’s of younger people can relate to the idea of figuring everything out on the fly, and Joe doesn’t even plan what he’s going to say while he’s saying it.”

As of press time, the Biden campaign was gearing up for their next town hall, in which they have instructed audience members to say, “Did you get all that?” after asking their question.