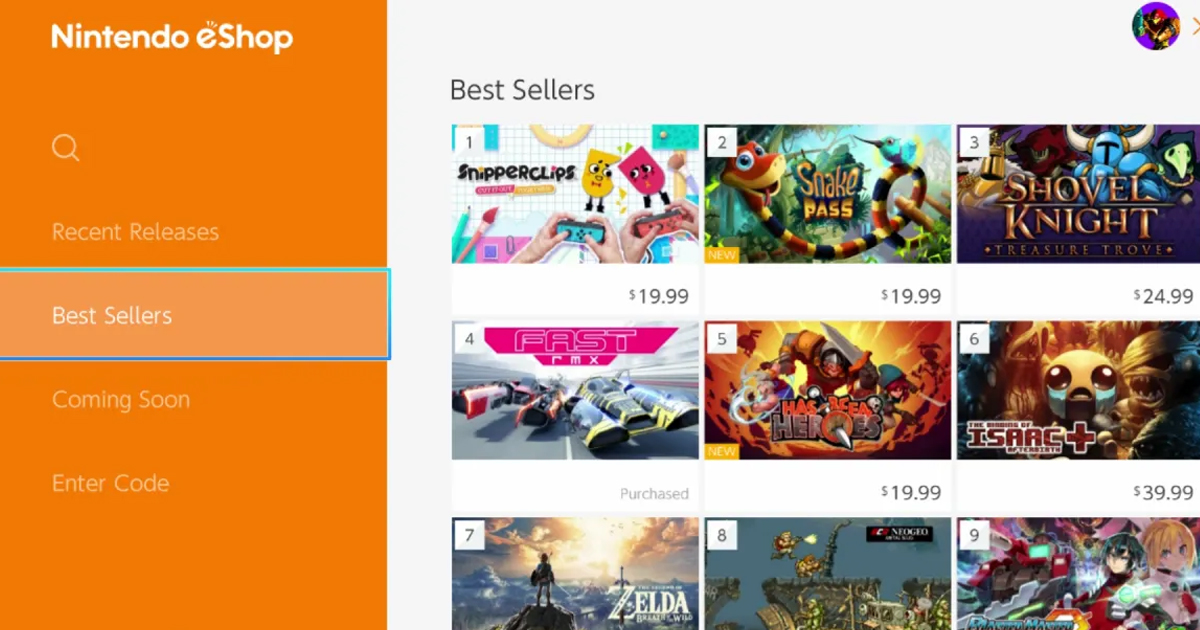 LOS ANGELES — Concluding what some critics have called an underwhelming year for gaming, the Nintendo title ‘Browsing the eShop’ has swept all of the major categories in last night’s Game Awards.

“Wow, we didn’t see this coming, what an honor,” said Doug Bowser, current president of Nintendo of America. “We tried really hard this year to keep our store categories a little organized, but not so organized that you quite see everything. Between that and the endless stream of weird games for 39 cents, we think there’s plenty of reasons to keep coming back to the eShop over and over again.”

“Fuck yeah man, well earned,” said Reddit user MysterRiven. “I was disappointed with some of the recent profile releases, and got bored of them pretty quickly, but I probably put about 50 hours in checking to see if Octopath Traveler or Donkey Kong Country: Tropical Freeze would ever go on sale. Those numbers don’t lie. Also, I don’t think those games are ever going on sale.”

Nintendo closed the show with a surprise announcement of backwards compatibility coming to the eShop next year. Starting tomorrow, Switch users will be able to browse the now deleted Wii Virtual Console and WiiWare channels, and become fully immersed in the notion of how cool it would be to be able to play some of those games still. MysterRiven speculated that this makes them early front runners for next year’s top awards.

“Yeah I’m sure I’ll be playing the eShop a lot next year,” he said. “There’s no fucking way I’ll ever have time to play most of these games, let alone have the money to buy them, so I guess I’ll just keep on looking at them.”

As of press time, Bowser was refusing to answer questions regarding the rumor that Keanu Reeves was somehow coming to the eShop in 2020.