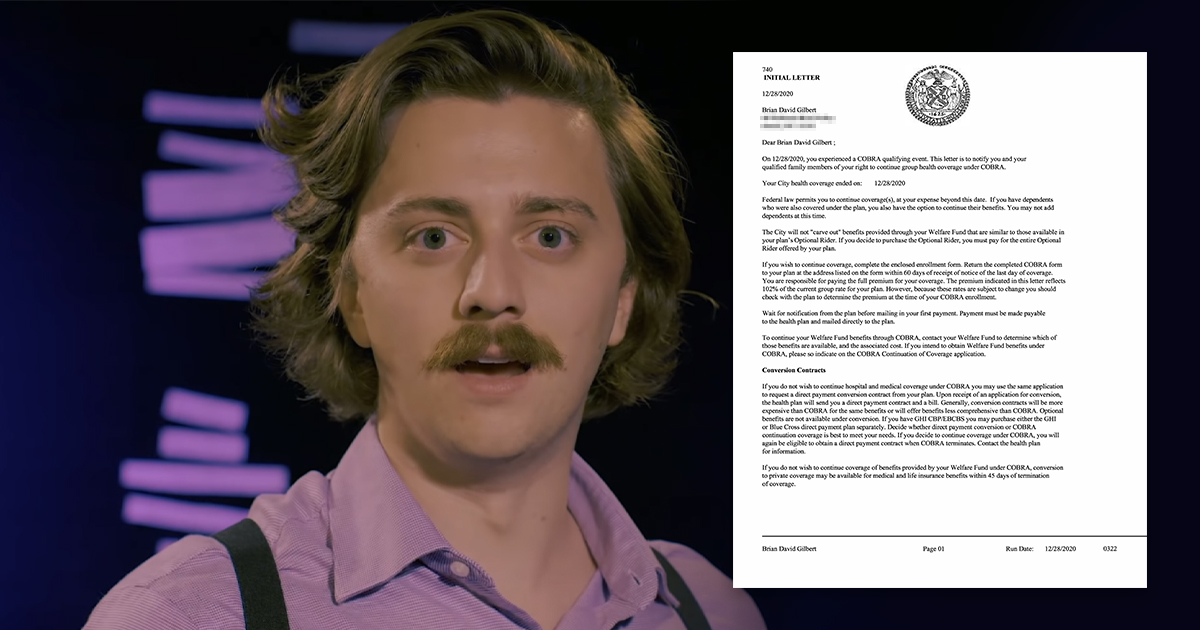 NEW YORK — After leaving Polygon to work on his own projects, video producer Brian David Gilbert began one of his heavily researched deep dives, this time into where the heck he’s going to get his health insurance now.

“Health insurance plans. What are they? What benefits do they offer? How much do they cost? Can I keep the same doctor, or do I have to find a different one?” said Gilbert, speaking directly to camera while citing countless YouTube comments from unemployed viewers who had repeatedly asked him the same questions. “Let’s get started, shall we?”

After having two assistants roll out a chalkboard, Gilbert wrote “Health” along the top and underlined it.

“Before we can talk about the various plans subsidized under federal and state laws, we need to define the word ‘health.’ In games like Final Fantasy, health is represented as a number. However, in the real world, health is defined as ‘Soundness of body; that condition in which its functions are duly and efficiently discharged.’ The word first appears in this context roughly 1,000 years ago. But I don’t want to get ahead of myself. Let’s really dig into that.”

Following countless hours of research and documentation of his search for health insurance, sources say Gilbert had become visibly frenzied with a manic look in his eyes far more intense than in any of his previous “Unraveled” videos.

“Okay, on the wall behind me I’ve put up all of the different clauses and conditions for health insurance coverage depending on where you live, what your employment status is, what income bracket you’re in,” Gilbert began, periodically pausing to collect himself as he continued the physically and mentally exhausting process of understanding the healthcare industry. “At this point, I’m starting to think that I would like to go back to classifying Nintendo villains by their religious affiliation or whatever it was I used to do before this. I can’t even remember anymore. If someone could please hire me to start doing that again, I think it would actually make the enrollment process a lot easier. It’ll take me weeks to figure out at this rate.”

Gilbert concluded with a teaser for his next project, which involves detailed research into filing taxes as a freelancer, independent contractor, or entrepreneur.