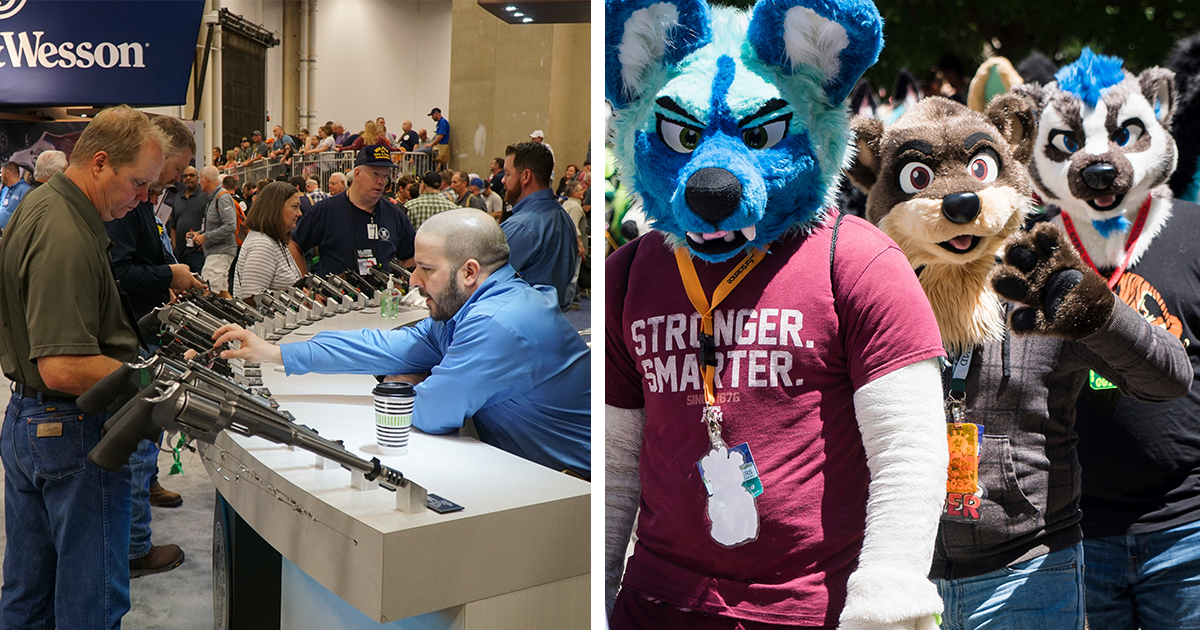 SIOUX CITY, Iowa  —  Furries in Iowa planning a day of revelry, debauchery, and good times were shocked to learn that a big game hunting convention was being hosted suspiciously closeby to theirs.

“It was weird,” said Jeff Harris, the front desk clerk at the Marriott. “Most of the time people don’t care what other events are happening at the hotel, but these guys really, really wanted to know if the furries were going to be there. They’re very curious about it, and I’m not sure I like any of the possible reasons for that.”

Harris said several of the hunting convention’s attendees approached him with prolonged lines of questioning, making him grow increasingly concerned for the well being of the furries, despite the lack of any clear threats.

“I asked them if they had a preference for which conference room they wanted and the guy on the phone said ‘Far enough away that it will be sporting,’” he said.  “I didn’t know what that meant so I put them in the one next to the gym. You don’t think they would … no, no, there’s no way.”

Some of the participants in the Furry Convention went on record to state that they were uncomfortable with the amount of attention they were getting from the nearby hunters.

“Listen, furries are a very open and welcoming community,” said a man dressed as a lizard. “But if I’m being honest, these hunters freak me out. With their stupid costumes and lifestyles based around being strangely into the animals they kill. Seems pretty abnormal, if you ask me. I’m going to keep my distance from those freaks if I see any of them around.”

The hunters have yet to respond to a request for comment, as they were too busy preparing head mounts and treestands for the coming weekend.