Bartender Must Cleave Through Groot to Verify His Age 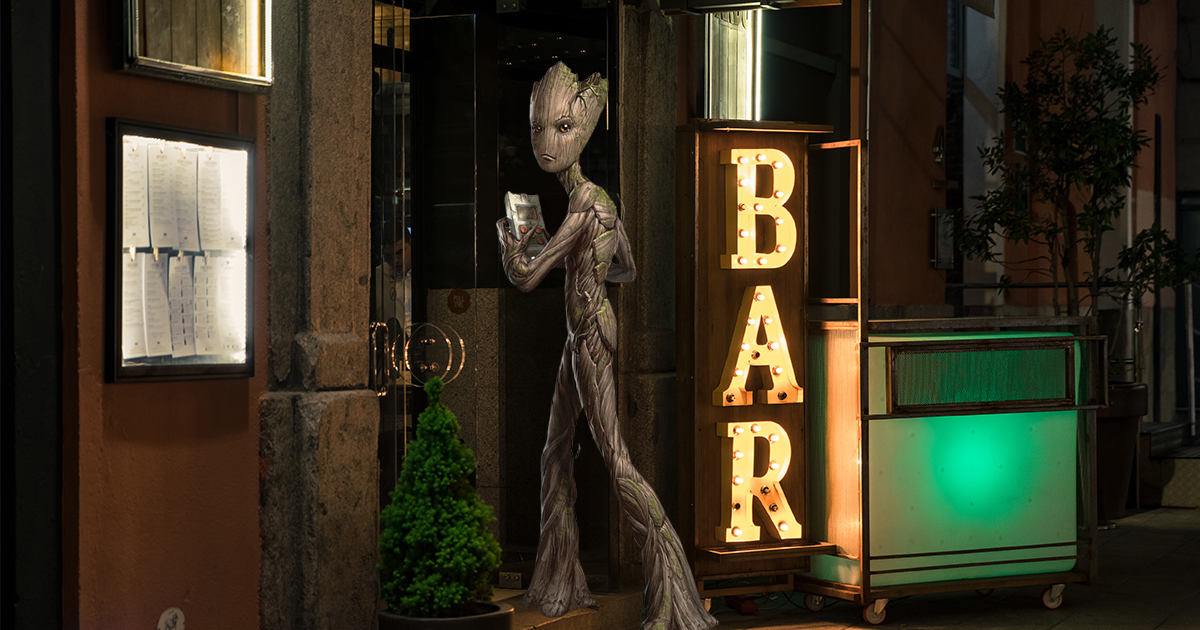 KNOWHERE, T.R. — A bartender at Starlin’s Bar was forced to cut a section of Groot, a beloved Guardian of the Galaxy, in half to verify he was of drinking age, witnesses claim.

“I wanted to be sure,” said Rick Castañeda, the bartender working at Starlin’s last night when the beloved hero came in. “I asked for some identification, but the tree guy didn’t have any, and then I remembered that you can tell how old a tree is by cutting it down and counting its rings. He seemed really insistent on getting his drink so I got to work cutting into him.”

Groot, a member of the tree-like Flora Colossi, reportedly resisted this attempt to verify his age until he was told it was the only way he could get his alcoholic beverage.

“Obviously we don’t keep axes and saws around the bar,” said Jar-Dihn, a bouncer at Starlin’s. “So Rick just started carving into him with a knife we use to jimmy the register open sometimes. I’ve seen some crazy shit working as a bouncer but the whole thing with the tree guy? That was fucked up. I didn’t think a tree could scream but I was dead wrong.”

While Groot’s fellow Guardians of the Galaxy did not accompany him to Starlin’s, they eventually tracked him to the bar after discovering that he had snuck out earlier that night.

“Groot almost got destroyed when we crash-landed Ronan’s ship on Xandar,” said Peter Quill, known more widely as Star Lord. “But he grew back as a cute little baby tree. He’s grown a lot since then but he’s not back to full size yet. If we’re comparing him to a human, he’d be a teenager. Since we’re like his parents now, the others and I decided not to let him into the ship’s liquor cabinet and I guess he snuck out. Jokes on him though! When we got to Starlin’s, the bartender was already counting his rings and they only added up to 18.”

At press time, Groot had been left to grow his top and bottom sections together. Meanwhile, the government caught wind of his confirmed age and confirmed that while he was not old enough to drink, he could be drafted to serve in SHIELD.