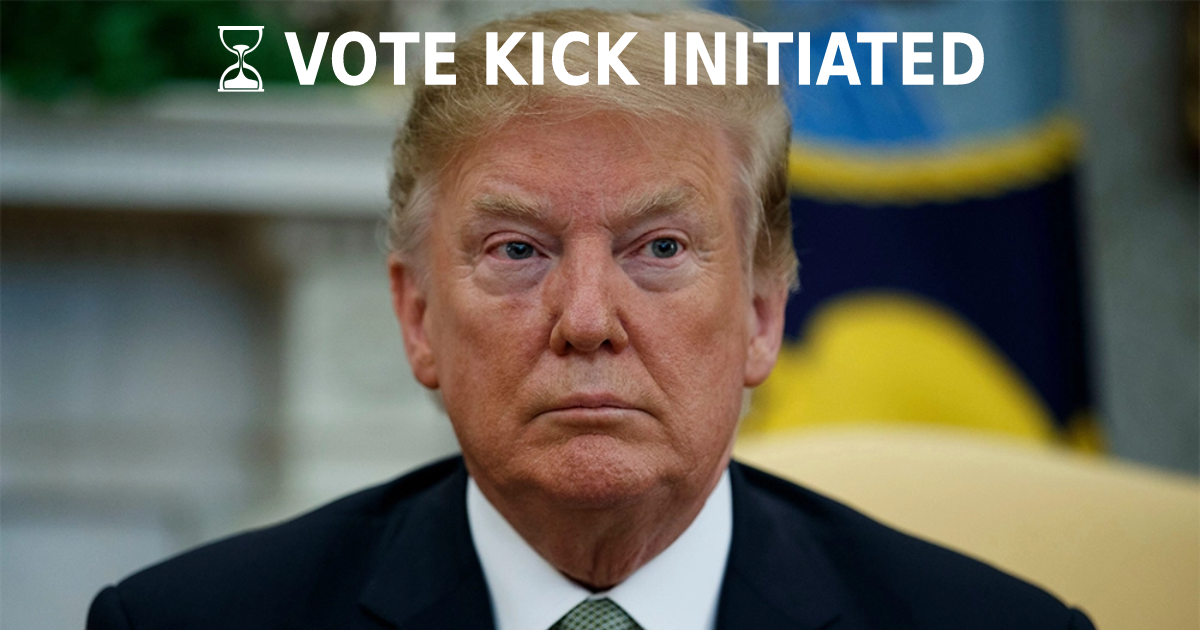 WASHINGTON — The PvP squad known as the United States of America, or [USA] for short, has initiated a vote to potentially boot their leader out of the group.

“Ugh, this is ridiculous,” said one squad member Aaron Martinez, aka Small_Bizness_Owner420. “This guy has led us nowhere and keeps swearing he knows where the good loot is. Can we kick this idiot or what? I’ve been screaming about this forever and while I’m glad we’re finally talking about it, this guy was clearly a clown from the first match. What will our children think when they see the squad we’ve been playing in?”

The road leading to the vote to kick has been a tumultuous one, with prominent squad member _FEERLESS_LEADER_ reportedly reluctant to use her power to declare the vote.

“I don’t like his strategies, but is that a bootable offense?” she said via voice chat. “I don’t want to waste our squad’s time with a vote unless I’m pretty sure we’re on the same page. Then again, a lot of party members are threatening to join a Canadian guild if we don’t do anything, so I think my hands are really tied here.”

Fearing a mutiny, the long demanded vote was announced yesterday, much to the relief of roughly half of the squad’s members.

“It’s about damn time,” said another member of the group. “Any of us could do a better job leading this squad. Literally anyone. But I see where that alone can be tricky grounds to replace someone. What about all those racist tirades he screamed into the microphone, though? He’s been doing that for years, doesn’t that break any rules? Oh well, I just hope my vote counts and there’s not another glitch or whatever happened when we accidentally put this asshole in charge in the first place.”

The vote is scheduled to take place as soon as everyone in the country is able to log in at the same time.