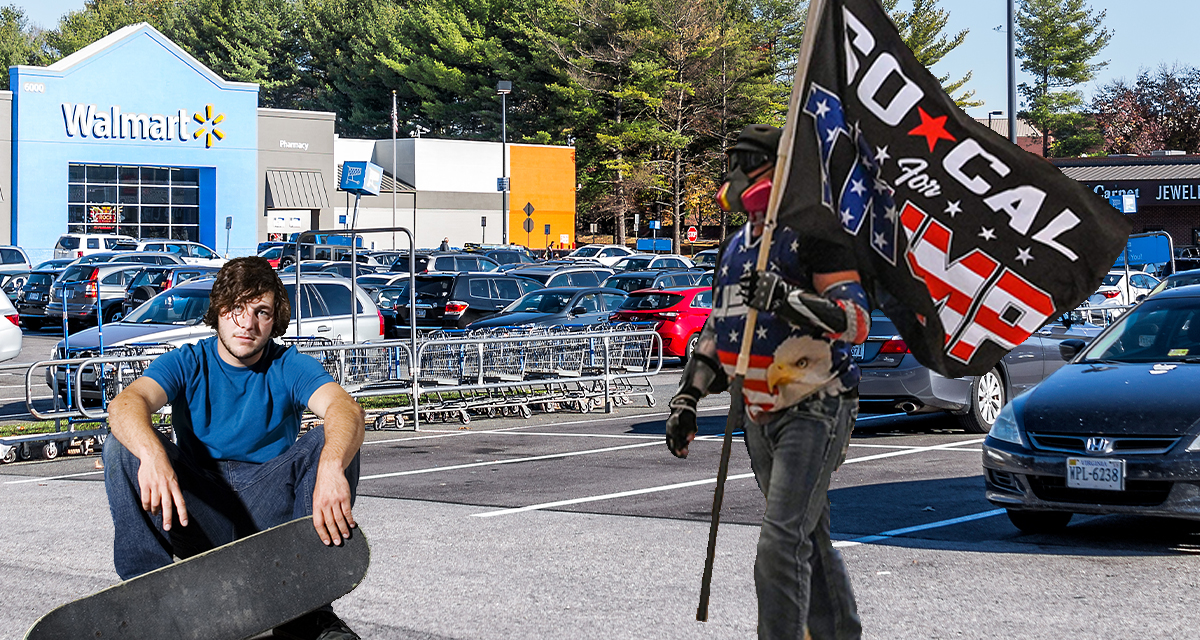 GEORGETOWN, Del. — Local man Ben Hartsock resumed his normal business of yelling at skateboarders for trespassing in a parking lot less than 24 hours after breaking into the Capitol Building in support of Donald Trump, multiple sources confirmed.

“These fucking scumbags piss me right the heck off. This is private property. Hello! Can they not read the ‘No Skateboarding’ signs posted all around this place? Where the hell is security anyway? They better get out here before these punks get a boot up their asses,” said Hartsock in between swigs of beer from a can he hid under papers stolen from Joe Manchin’s office. “What chaps my hide the most is the lack of respect for everyone else. They come whizzing by at like 400 miles per hour, someone could get hurt or worse — they could hit my truck with one of those things and I’d have every right to protect my property and you better believe I’d use force.”

One of the skateboarders skating in the back corner of the parking lot says he paid little attention to Hartsock’s rambling.

“Every week this guy speeds through the parking lot at like 40 miles per hour trying to scare us, then screams like he owns the place and pretends like he’s calling the cops. We just ignore him and keep skating. Usually after an hour or so he gets tired and leaves,” said local 14-year-old Devon Long. “When he yells at us he turns bright red and says our parents should be embarrassed to have such shitty kids. It’s kind of sad because he seems pretty lonely, I think this is the only human interaction he gets each week.”

At press time, Hartsock was posting on Parlor that he believes he single-handedly took down a meeting of Antifa super soldiers handing out free meals on public property.